A history of Veterans Day 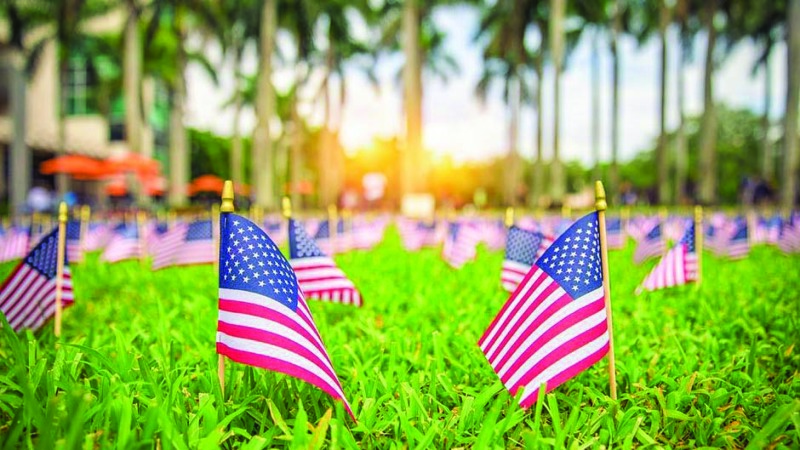 This Thursday, November 11 is Veterans Day, but it was known as Armistice Day in the past. Armistice Day was a day the allies in World War II signed the Armistice agreement. Armistice is an agreement made by opposing sides in a war to stop fighting for a certain time, also known as a truce.

In his book Connecticut Fights: The story of the 102nd Regiment by Captain Daniel Strickland, the author noted that, on the night of November 10, 1918 "an unusually large amount of ammunition" was issued to all the artillery batteries supporting 102nd, which was then located east of the town of Beaumont, France.

An infantry attack was planned for 9:30 on the morning of the 11th, and the extra ammunition would be expended in an "intense bombardment" of the German lines and a "rolling barrage" to cover the advancing infantrymen of the 102nd. Early on the morning of the 11th "the batteries opened and worked to the maximum gun capacity." But, at 9:00 a.m. "orders were received that the attack would not be made and that at 11:00 a.m. all firing would cease from Belgium to the Swiss border because the armistice would then become effective. The artillery continued its heavy firing until the eleventh hour, when the great calm fell upon the whole area."

At 10:43 a.m. on the morning of the 11th, Captain Michael A. Connor, a Hartford native and a Regimental Supply Officer assigned to the 102nd Infantry Regiment, received word that combat would end in 17 minutes. Connor received this momentous news via a handwritten U.S. Army Field Message, delivered by a runner, from Lt. Col. Evan E. Lewis, Commander of the 102nd Infantry. Lewis' message, dictated at 10:24, stated: "Hostilities cease at Eleven o'clock. Notify all. Attack to continue until eleven. This is to confirm my verbal orders sent by two officers."

Many of us knew of Armistice Day and the signing of the treaty, but most of us did not understand the battle that ensued up to the last day, hour and minute. These men fought for our freedoms, even up to the last minute just as the veterans in the war against Afghanistan did.

Veterans Day is about veterans, we are to honor our living veterans. We have veterans locally who have fought in WWII, Vietnam and now in the Middle East. The men from WWII are getting older. One such man is a Canadian World War II veteran, he fought for Canada and when the war was over he signed up to fight for the United States. These are the war hero's we have living amongst us.

There are also a few Korean War vets too, they were infantry. Some were left in trees for days looking for the enemy. It is unimaginable to think that a person would be stuck in a tree in an area they did not know.

We have Vietnam Vets, those who fought in hot and humid conditions. They were in the jungle, it was literally jungle warfare. We have several Vietnam war veterans here as well, infantry, medic's, all types of fighters who were young men who stood up to fight for the country.

Now we have our military veterans coming home from Afghanistan. These men and women were away from their families for months and even a year or more. They slept in the desert, they were fired on, they had to watch as their friends were killed. They did what they did for our country.

Now that they are home, we need to thank them; thank them for serving our country. Whether you agree with the war or not, these men and women went away to help defend freedom. They were not part of the politics, they enlisted to help keep America safe from those who wish to harm us. We honor ALL veterans living on Veterans Day. Thank you for your service, we can never repay you for your sacrifices.

Once a veteran, always a veteran.