Accident on I-5 stops traffic near Chehalis 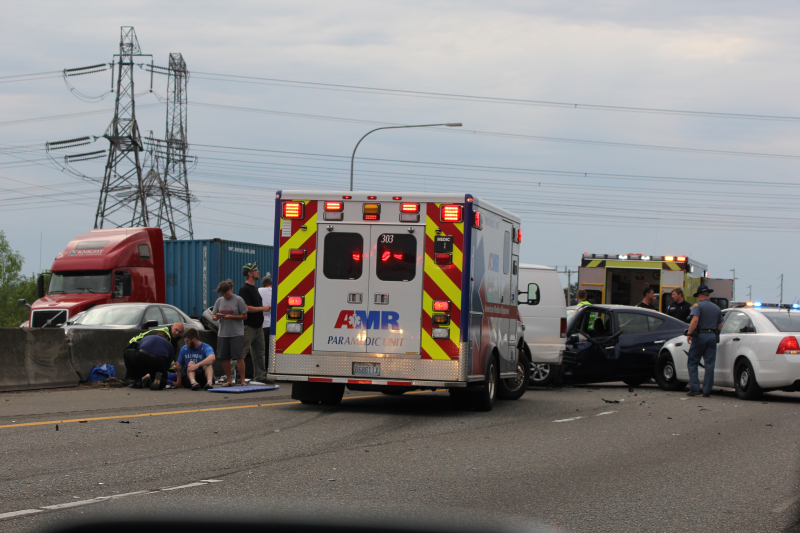 A two-car accident along Interstate 5 completely stopped traffic for an estimated seven minutes as Washington State Patrol, Lewis County EMT's and Fire Departments as well as AMR responded to the scene just before the Labree exit on June 28.

What looked to be caused by congested traffic, a four-door sedan struck into the rear of a white cargo van sending the van and vehicle into the concrete median separating the Interstate, blocking two lanes of traffic.

Several concerned citizens parked along the shoulder of the Interstate to provide immediate assistance at the scene.
Also responding to the scene, Washington State Patrol, American Medical Response and EMT's from Lewis County District 6, who provided transport for individuals involved in the incident to a local medical facility.

Traffic slowly passed by the accident making room for first responders to aid those involved. At one point the responding Washington State Patrolman stopped traffic for approximately seven minutes to push disabled vehicles out of the lane of traffic with his patrol vehicle to allow backed up travelers to once again move more freely around the accident scene.

At the time of this report no names were released of parties involved in the accident, their condition or an official cause of the accident.

Road conditions were dry and traffic was a little congested at the time of the accident.