An update on Alex Gaona 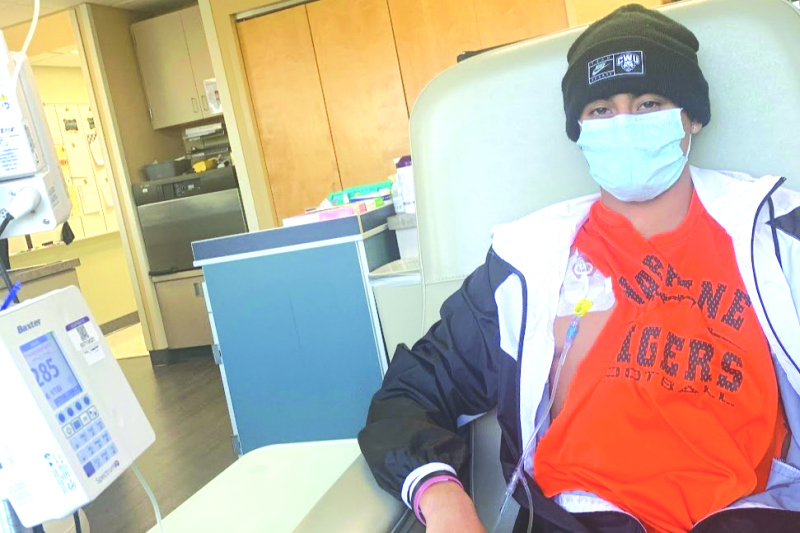 Due to the COVID-19 pandemic, it has made hospital visits for chemotherapy sessions difficult for Alex and his family. Loved ones who wanted to be with him couldn't be, he had to go it alone. Of course, it was just another obstacle to overcome.

In late June, Alex had a PET scan and the results showed that the cancer is still active, but the tumor has shrunk significantly to 4 cm. This determined their next move. Alex will be undergoing chemotherapy for another 2 months instead of switching to radiation therapy. The hope is that after chemotherapy he can begin radiation treatments.

Despite his diagnosis and difficulties that come with treatment, as well as a worldwide pandemic, this young man continues to fight and shows great strength in his character. He's doing a lot better and it looks like he will continue to feel better.

The GoFundMe dedicated to him and his family is still up and running, with occasional updates on how his treatment is going. Donations have slowed a lot, the last one being a month ago, and the one before that being 3 months ago. As we all know, healthcare and regular hospital visits aren't exactly cheap. If you have some extra money I'd like to encourage you to lend a helping hand to Alex and his family. You can find his GoFundMe at https://www.gofundme.com/f/alex-gaona.