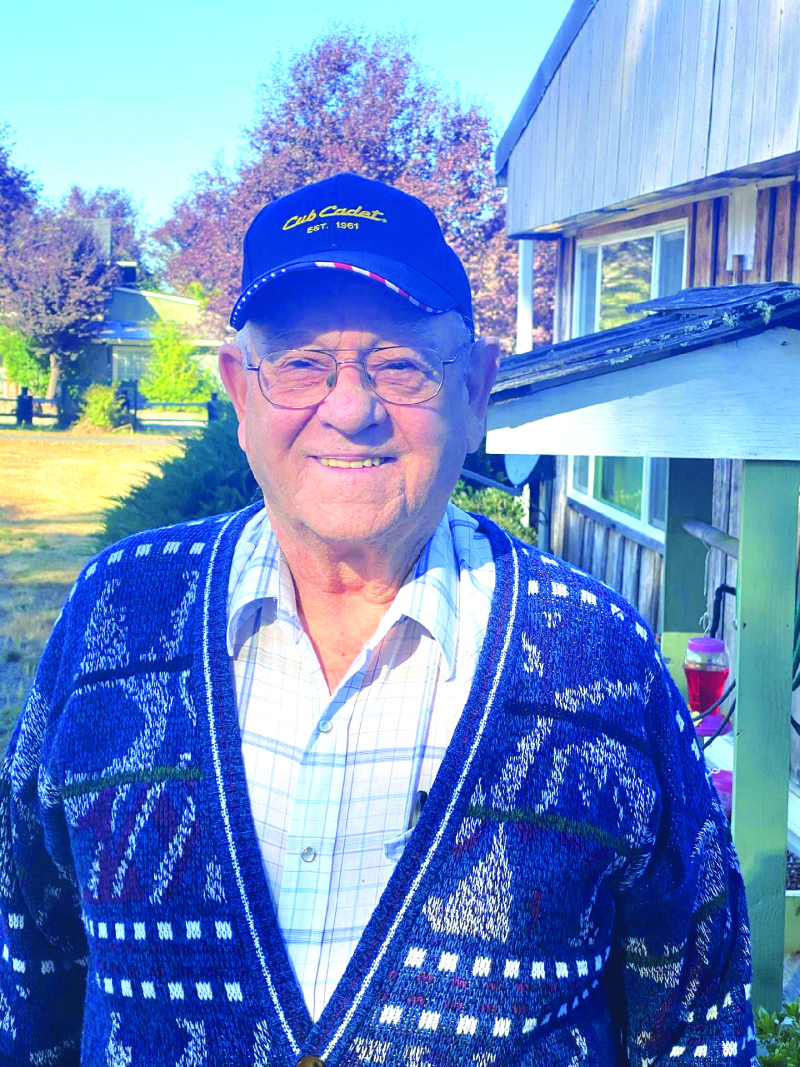 The annual Weyerhaeuser picnic/potluck is October 2 starting at 10:30 a.m. at the Cowlitz Prairie Grange. Please bring your favorite dish for the potluck at noon.

This is a great time to sit down with some of the older loggers while hearing from current employees as to what is happening now. Sitting down with John McEwen and his wife to talk about the event was a treat, they have so much history about where he worked and the different camps he worked at. John will always have a special place in the heart of those of us who knew him for coaching sports around the area.

Most notable for the company's growth is the former Chairman of Weyerhaeuser, George Weyerhaeuser, son of Frederick. George grew the company and understood what it was like to keep good employees, as many worked there their entire careers. I have talked to many Weyerhaeuser employees throughout the years and they always say, "it was a good job." Now, the employees have continued the idea of how to keep the spirit of Weyerhaeuser alive.

The potluck began 40 years ago. Weyerhaueuser invites everyone who has a family member who worked or currently works for Weyerhaueuser, current and retired employees and those who enjoy being a part of the Weyerhaeuser family. Whether you work in the woods, drive a truck or in one of the many plants around here, please come to this fun event. This is a great event for many in the logging industry, past and present.

John McEwen stated about his job, "they gave me a job and it was part of my family, we were there to make Uncle George (chairman) happy" and they did.
The first potluck was at Lone Yew Grange, then the Vader Grange and finally at the Cowlitz Grange in Toledo, Washington. The grange is located at 5184 Jackson Highway.

This potluck is in remembrance of people who worked for Weyerhaeuser and a celebration of those who continue today. We sat down with John McEwen to talk about the potluck gathering and what it means. The potluck started about 40 years ago when Walt Richards retired and they had a potluck for him. Per John, "we continued the potluck and it's been like a family reunion."

Many have attended throughout the years and this year they hope to not be an exception. "We have had it on various days and now we have it on the first Saturday in October," said John. "We had a turnout a few years ago over 100 participants and this year they would like to see the number of people who showed up when it first started. When the potluck first began they had over 200, it's time to celebrate the days of the past and the days of the future for the Weyerhaeuser company."

John continued, "If you have any pictures or anything about working for Weyerhaeuser, please bring them. We hope to have the big books that have been there before. The old books have pictures of equipment, trucks with logs and some of the old loggers you will recognize. Jan Rohrig is the one who is handling the grange and potluck for us."

John McEwen worked for Weyerhaeuser for 32 years. By today's standard, this is a very long time. He worked for one year from 1960-1961, left and came back to the Weyerhaeuser family in 1966, where he stayed until he retired. John worked at every camp, and there were a lot in those days. John continues to live on the family homestead, the only McEwen left in the family.

John has always been a family friend, as far back as I can remember. He is one of the good guys, worked hard, took care of his family while taking care of kids in the area through sports. Seeing John every time is like bringing back old memories of when we were younger.

The Weyerhaeuser Potluck is a place where people get to reunite, have a wonderful time catching up and celebrate the many years of Weyerhaeuser for Southwest Washington families.