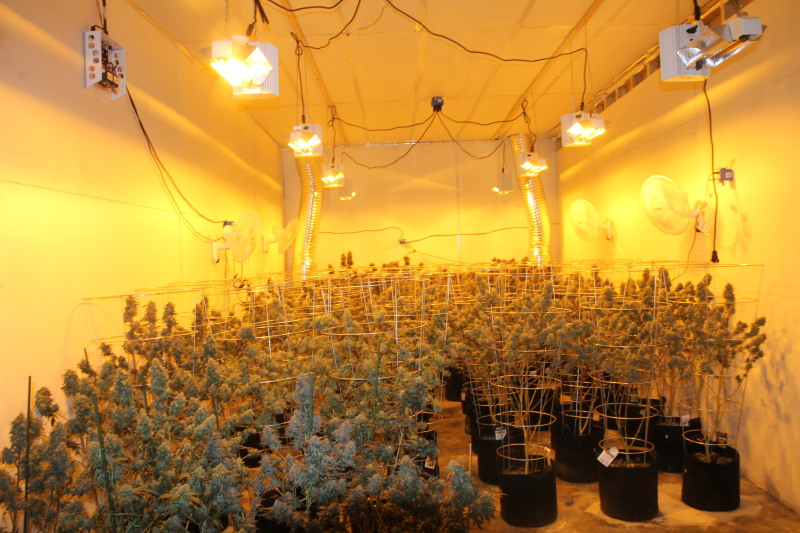 On Thursday, Dec. 28, Lewis County Sheriff's Deputies office served a warrant at 121 Nelson Road in Winlock. The Sheriff's office obtained information about this illegal grow from a recent marijuana bust in Vader.

The property was purchased on July 13, 2017 by Dung T. Ton whose address on record with the Lewis County Assessors office is 121 Nelson Road. This is part of a large grow operation that was first discovered in Pacific County and has had repercussions in Lewis County.

When the Sheriff's office served the warrant on the Vader property, they obtained a search warrant for the vehicle. Once inside the vehicle, they were able to identify this operation in Winlock along with other resources. This is the second Lewis County drug raid associated with the grow operations in Pacific County where Chinese Nationals were running the grows.

This illegal grow operation was approximately 6,000-8,000 total square feet comprising of 1,528 marijuana plants in different stages of growth, along with some harvested plants. This amount of confiscated plants is double the amount of the Vader drug bust. The plants have a street value of more than $1 million. The Sheriff's office will now work to destroy the plants and continue to gather more information.

Chief Dusty Breen of the Lewis County Sheriff's office stated there are similar characteristic's with these grow operations. They have carbon filters which keep the odor from spilling out of the grow along with erecting fences and covering their windows. This specific property was obstructed by fences from the road.

"Citizens should be concerned if they see a home that was recently purchased with covered windows and vehicles from out-of-the-state that come and go every few days," stated Breen.