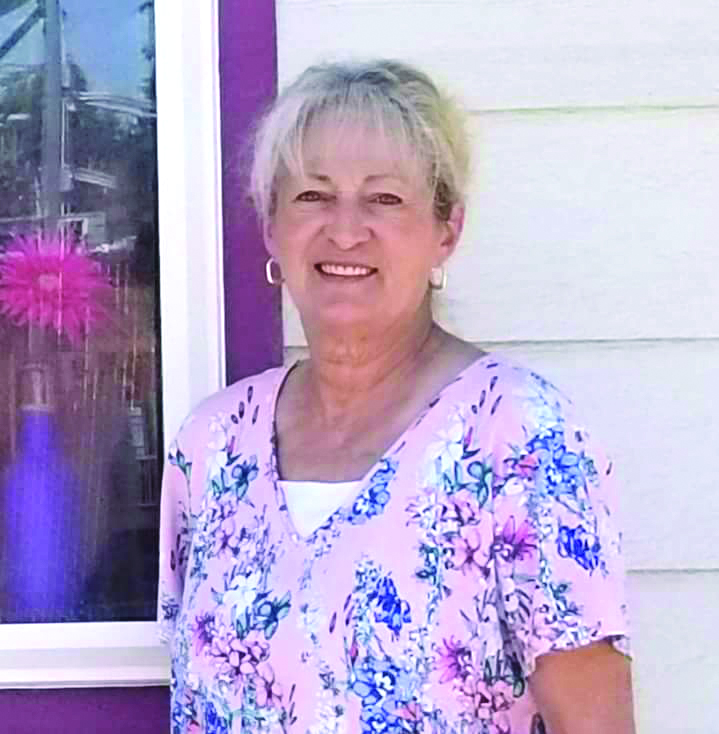 Suzanne Smith owner of Grinders
Winlock business owner passes; leaves a void in the community
Posted on:
By:
By Lynnette Hoffman

This week Winlock lost a business owner and friend, Suzanne Smith owner of Grinders for the past 22 years. She passed away on Wednesday, October 30, 2019 in Centralia Washington.

For many, Suzanne was how they started their day. She would fill everyone up with a morning coffee drink, hot or cold. She had a beautiful smile and when you drove up to her window, you were guaranteed to get a smile. She was always happy to see her customers, she made a point of knowing everyone's favorite drink. If you changed it up, she would always ask which drink today.

Suzanne was loved by many in the community, the posting of her passing on Facebook was full of comments. 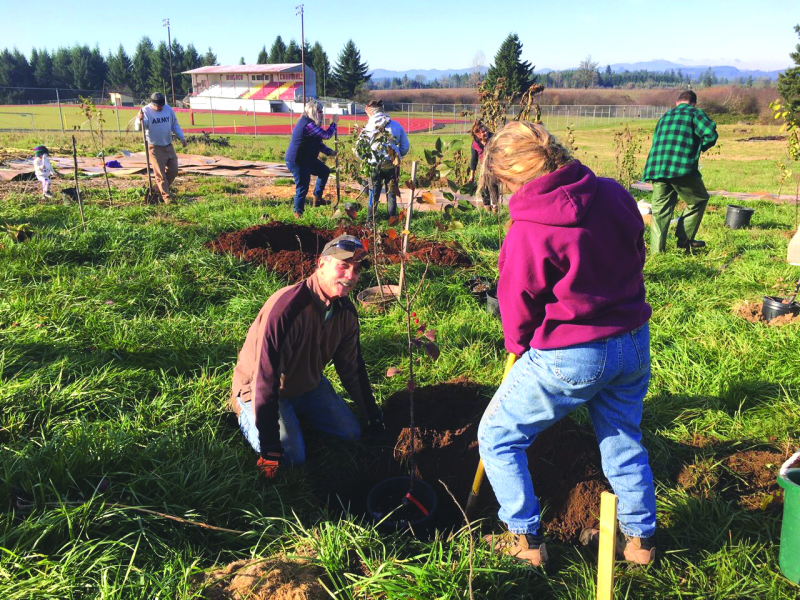 On Saturday, November 2, the community gathered to plant the Winlock Community orchard to add to the garden at Winlock High School. People from all over town joined together to plant trees for the orchard. Mary Lewin (the "permaculture designer" or garden architect of the project) has big plans for the garden.

The current design depicts pathways, archways, and actual farm crop areas. Saturday was a great step in the right direction. Students led by Lisa Collins started the initial garden planted last school year after idea of providing fresh food for students who may not have enough to meet their needs surfaced. Now it is truly beginning to develop into a beautiful garden and gathering place it was meant to be. 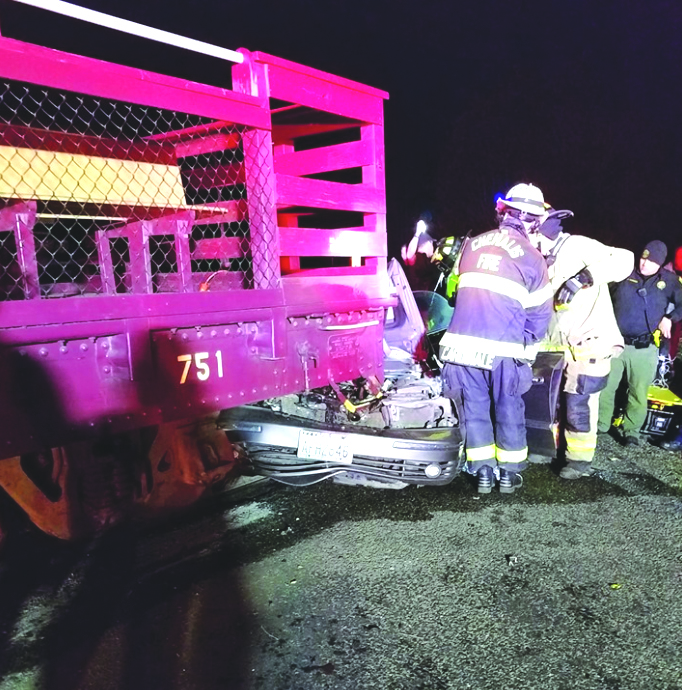 On the evening of Sunday, October 27, the Chehalis Steam Train hit a local Francis man. The Lewis County emergency responders rushed to the scene of the accident at the 300 block of Spooner Rd.

The Chehalis Steam Train was backing up on the tracks and struck a vehicle driven by 69-year-old John Hodel. The intersection is equipped with a sign only. There are no lights and no crossing bar. 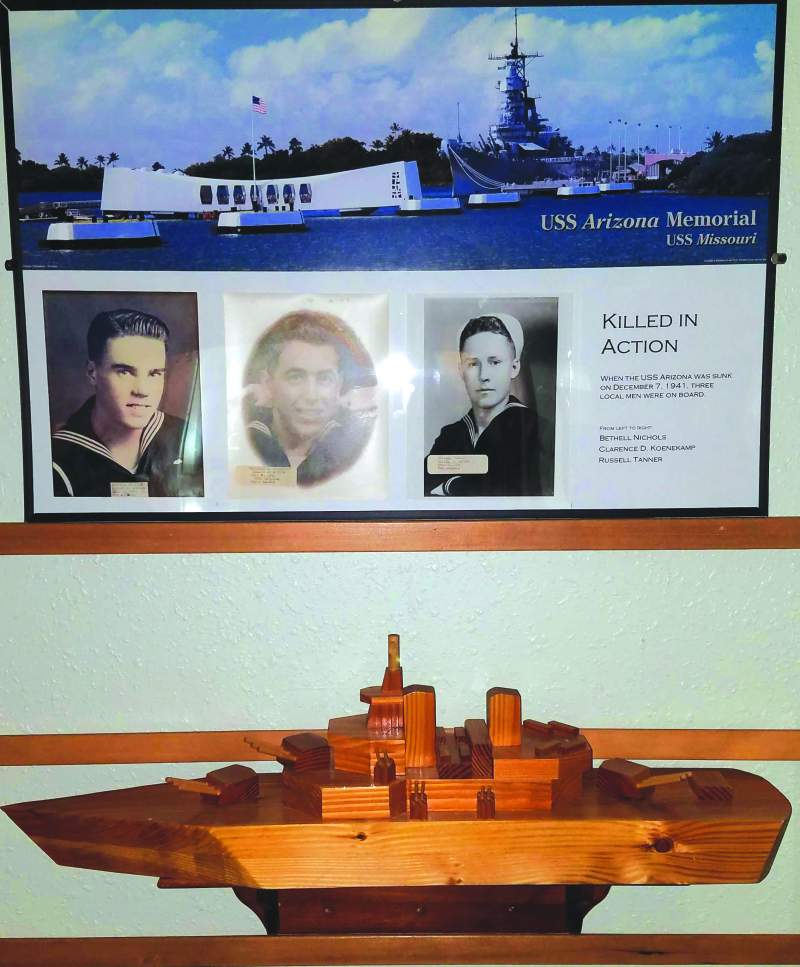 Photo provided by the American Legion post #150 - Three local Raymond men, Bethell Nichols, Clarence D. Koenekamp, and Russell Tanner all lost their lives when the USS Arizona was sunk on December 7, 1941 in Pearl Harbor. They are remembered on a plaque o
The American Legion opens membership to most vets
Posted on:
By:
By Karen Carter

The American Legion Post #150 is now accepting membership of most U.S. veterans due to the LEGION act. This act was signed into effect on July 30, 2019, and honors U.S. service members that were killed or wounded during previously undeclared periods of war.

"It used to be that you had to serve during a time of war like the Vietnam Conflict or Korea," said American Legion Adjutant-Finance Officer Gordon Aleshire. "There were gaps in between those conflicts where those guys weren't eligible to join. The LEGION Act said that since December 7, 1941, if you served in the military, you can join the Legion." 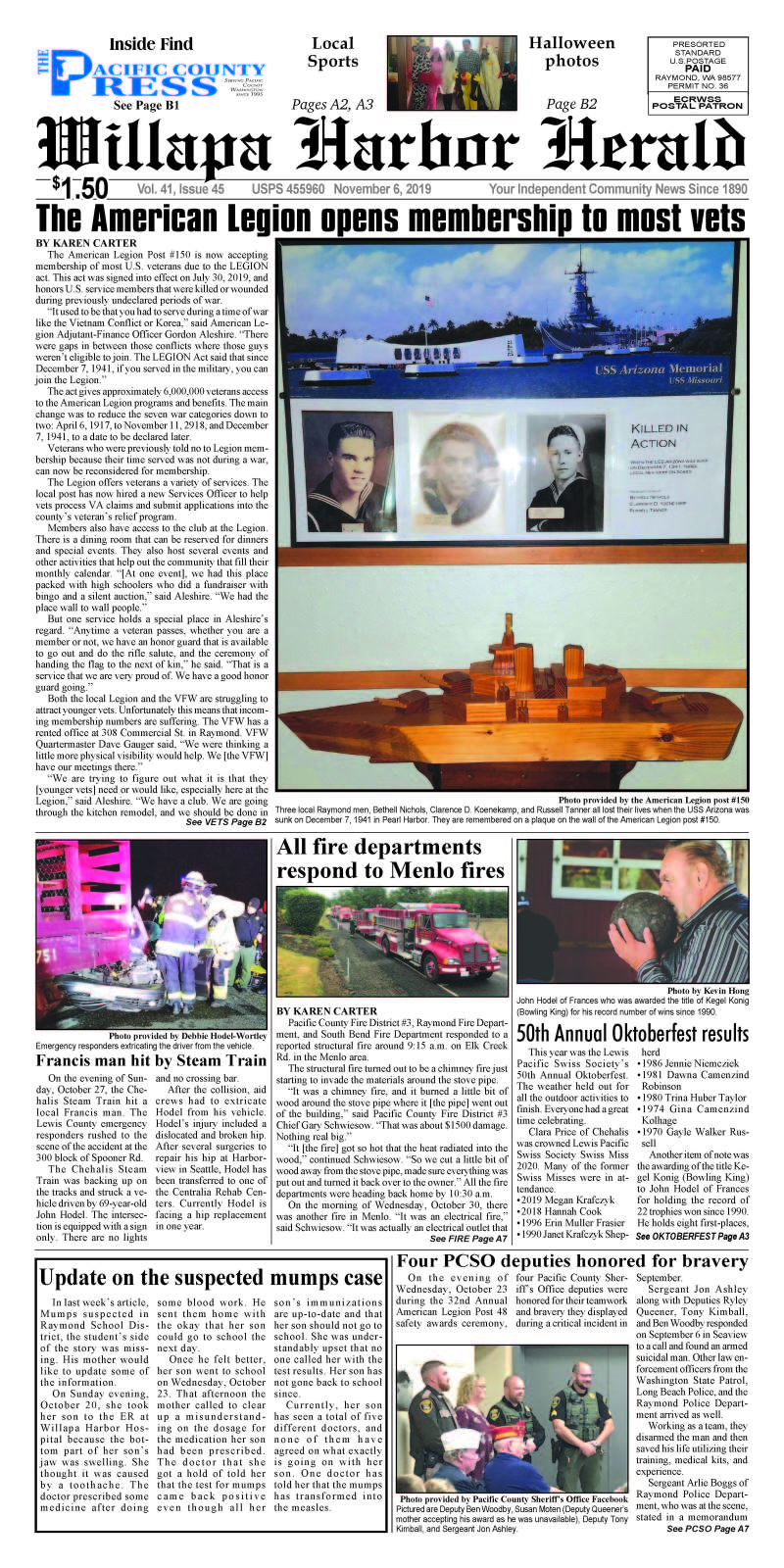 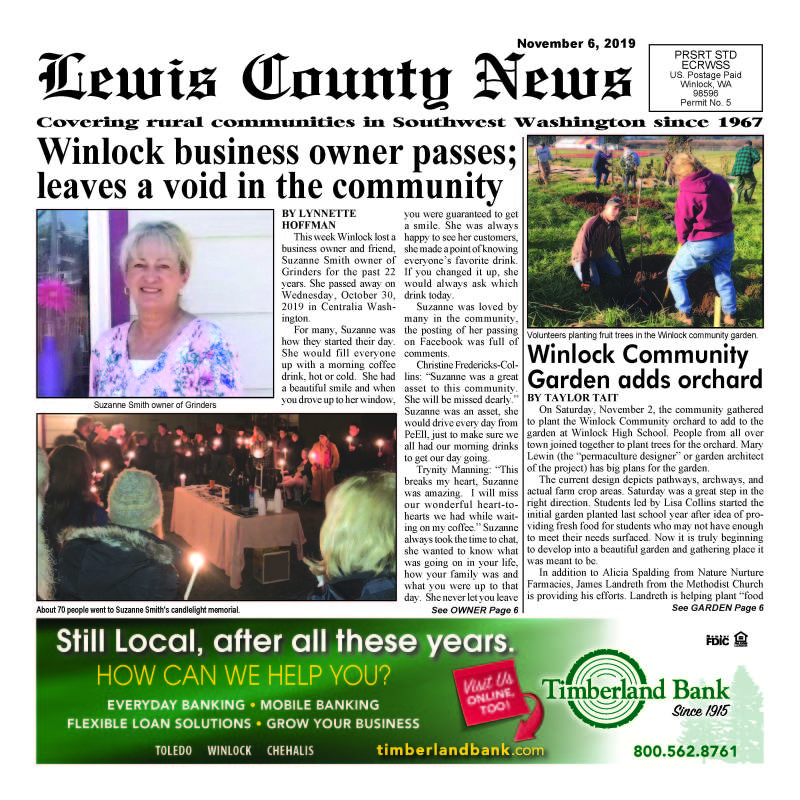