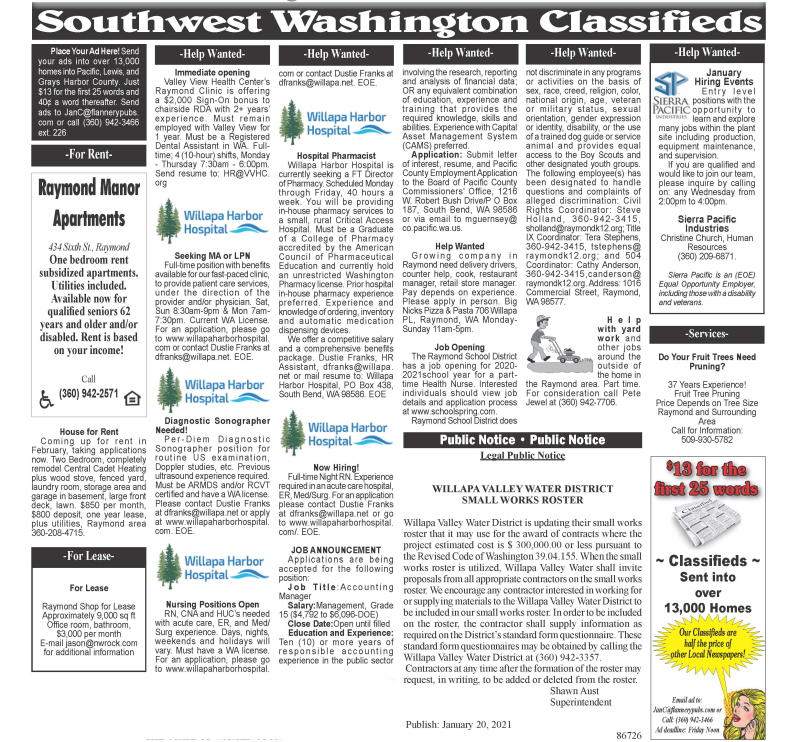 Classifieds 1.20.21
Posted on:
more
DOH releases expected timeline for COVID vaccines for Priority Group B
Posted on:
By:
By Karen S. Carter

Washington's Department of Health has put out information about the expected vaccination dates. This timeline is adjustable in case the state runs into any problems with distribution. According to the Pacific County Department of Health said that Priority Group B is the largest group so far.

"We are getting new information on this every day," said PCDOH Director Katie Lindstrom. "I expect that we will get news very soon about Phase B. I also expect that the order of it could change, but as of right now this is where we are at."

Gov. Jay Inslee released a statement last Tuesday (Jan. 12) announcing the extension of actions taken by the state to ensure the safety and security of Washingtonians, legislators, state employees and the buildings of the Capitol Campus.

"Based on the recommendation of the Washington State Patrol, current security measures on the Capitol Campus will remain in place through federal Inauguration Day (Wednesday, Jan. 20) due to evolving intelligence on security threats posed in all 50 state capitals following the violence in our nation's capital, as well as recent illegal and dangerous actions associated with non-permitted events on our state's Capitol Campus.

"The Washington National Guard will continue to support the security focused efforts of the Washington State Patrol and the temporary fencing that has been placed around the restricted area of the West Campus.

"These unfortunate, necessary security precautions could last longer, but we are hopeful that we will soon see political temperatures cool and threat levels come down, bringing a related easing of these restrictions. 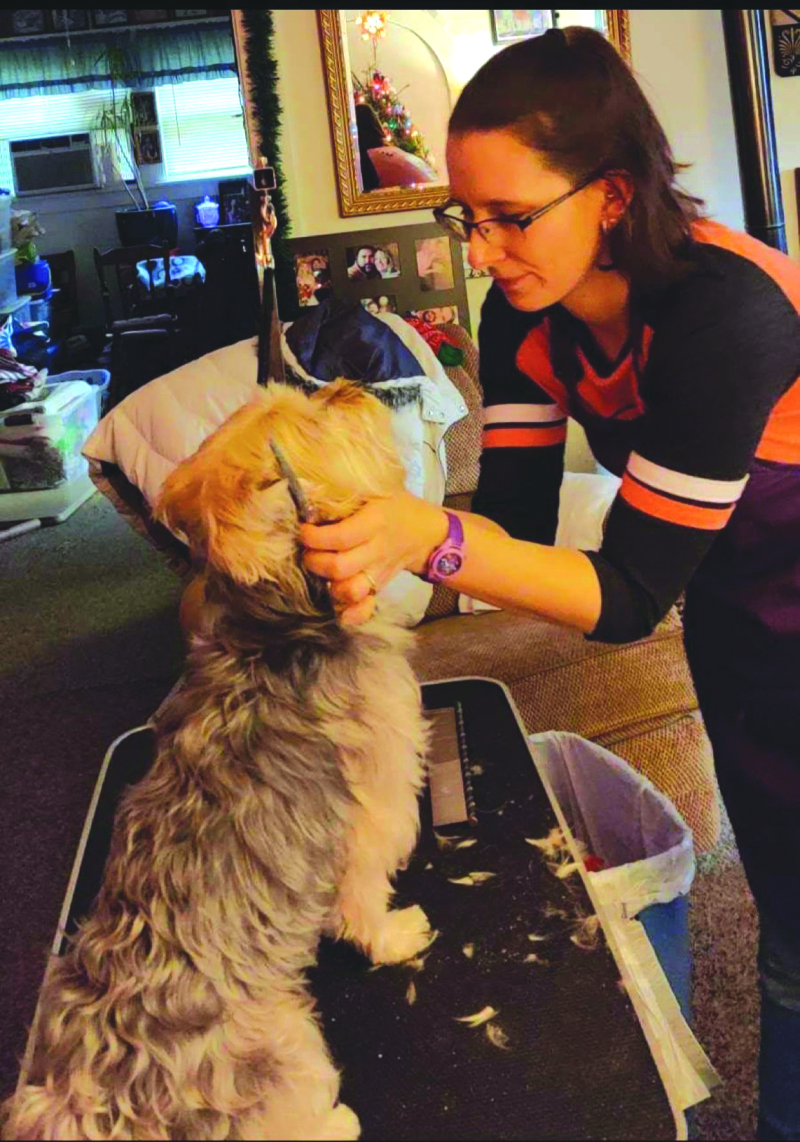 When it comes to taking care of our animals, Lewis County residents find a way to take care of theirs like family. Many care for their fur babies just like one of the family, including regular grooming. Amanda Stockburger with Amanda's Pampered Pets is a mobile groomer. She will come to your home and groom your pets in familiar surroundings. 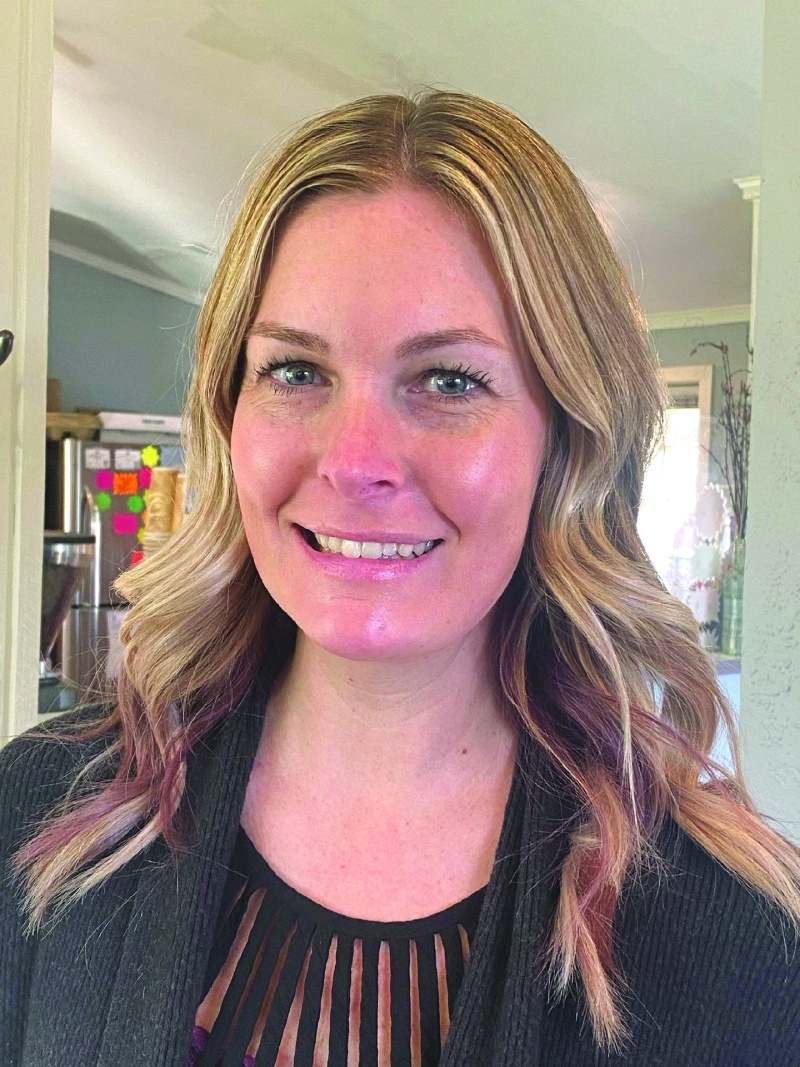 Jamie Umbriaco
New agent in Toledo
Posted on:
By:
By Lynnette Hoffman

When it comes to insurance needs in Toledo, Rachel Phillips has done a great job representing her clients. Recently, Rachel added a new agent, Jamie Umbriaco has been working with Rachel and she just passed her test. You know there is something special about Jamie when you talk to her, her calm attitude makes you feel right at home.

In Raymond: Critical Fire Engine Bond Measure
Posted on:
By:
By The HERALD and Staff Reports

Raymond citizens will get a chance to replace Raymond's oldest fire engine with an upcoming $525,000 bond measure vote on the February 9 special election ballot. The funding would be used for the new fire engine, its required equipment and training to use it.

According to Raymond Fire Chief Todd Strozyk, the department's oldest fire engine, a 1992 Seagraves, "is now at the end of its service life...has failed portions of its annual pump tests, and the cost of repairs nearly exceed the value of the vehicle." Also, other safety points are not being met causing the city of Raymond to not receive full credit for its ISO (Fire Insurance) Rating.

Raymond had a Fire Engine Bond in 2003 to purchase a new fire engine, and the bond passed and was paid off in 2019. "That fire engine is a 2004 Pierce and is still in service," Strozyk said, adding, "This fire engine is still in excellent shape and should be able to continue to serve our city for the next 10 to 15 years."

"In order to maintain our ISO rating, we are required to have at least two fire engines," he said. "Both engines must meet minimum safety and testing standards to get full ISO Credit for Fire Apparatus."

more
Time will tell if Governor's guidelines make it difficult for sports to reopen
Posted on:
By:
By GEORGE KUNKE, geoakunke@gmail.com

The first day of practice is scheduled for Feb. 1, but first the governor's new guidelines and metrics must be met. However, it may be difficult to get sports started in the next phase since Inslee has Pacific County lumped in the West Region along with Grays Harbor, Lewis and Thurston counties, which have many more COVID-19 confirmed cases than Pacific County. At press time, the WIAA was scheduled to review Seasons 2 and 3 at yesterday's board meeting. 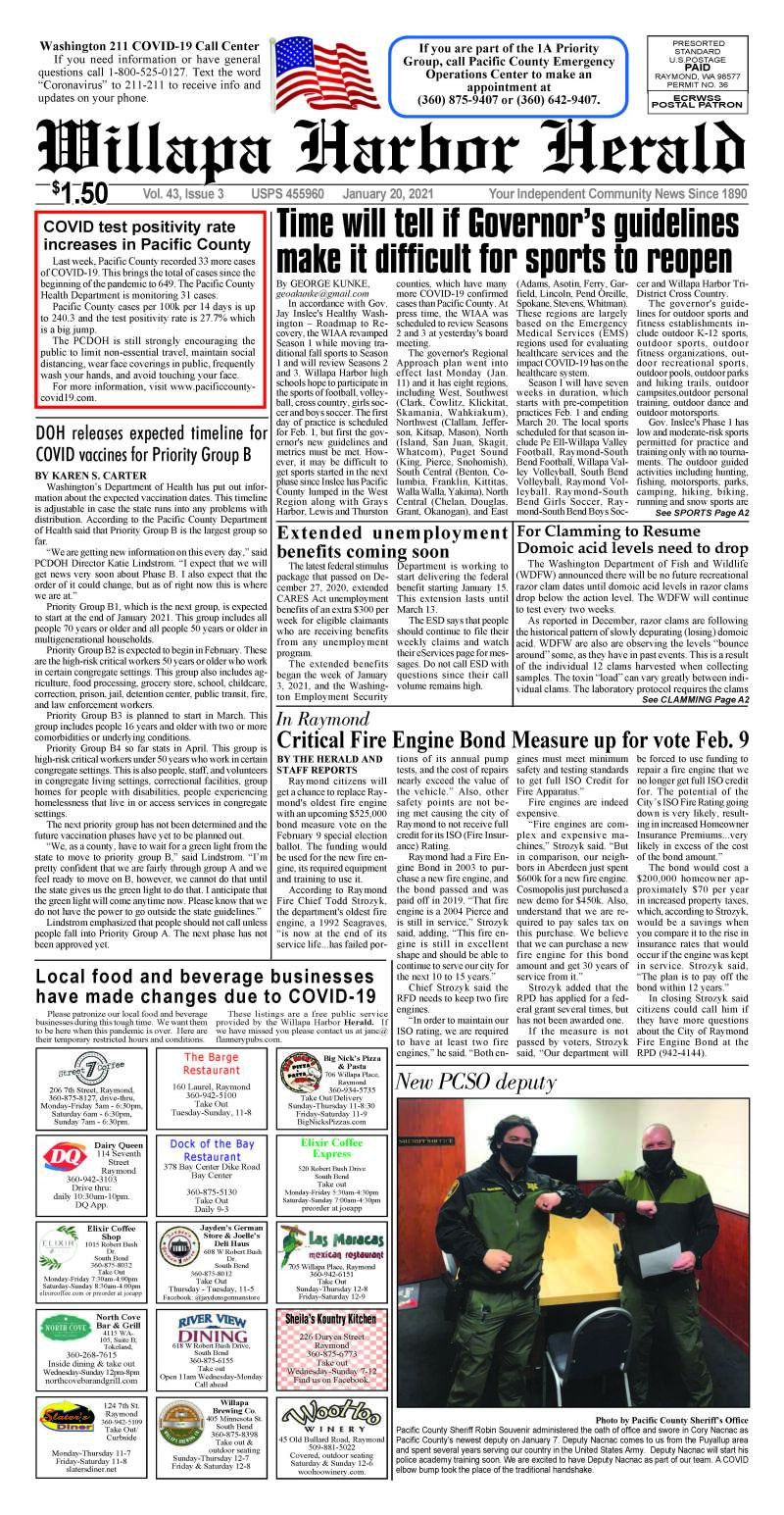 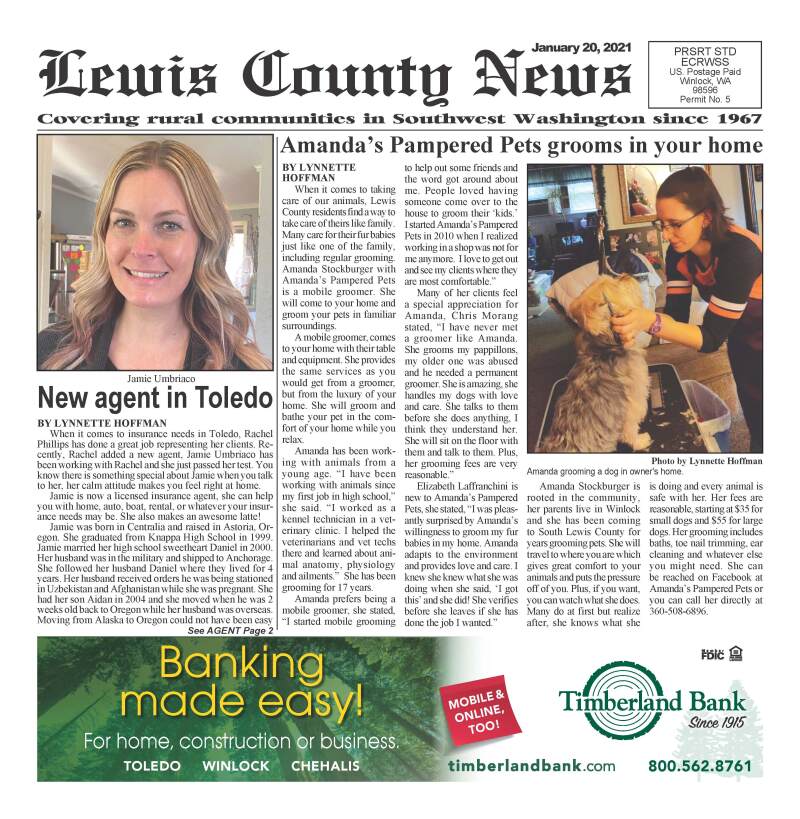