Battle of the Cowlitz returns for 46-20 Toledo victory 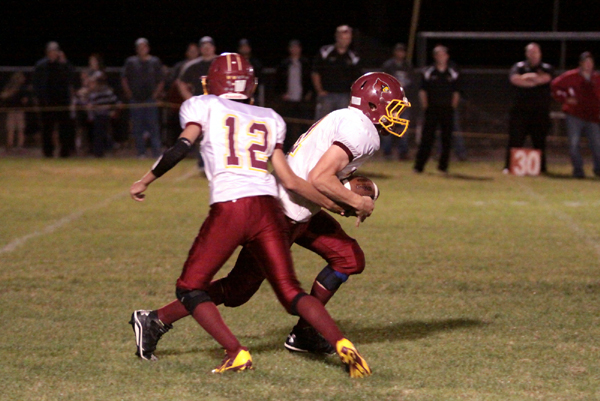 The Battle of the Cowlitz began right where it left off in 2009 with Toledo the victor. After not playing for four years, the Indians rudely welcomed Winlock back to the old tradition with a 46-20 thumping on Friday night in 2B Central League play. The Indians rattled off 46 straight points in the first half while the Cardinals put on a scoring display in the fourth quarter.

Toledo QB Dalton Yoder threw just three passes but the firt two were scoring tosses. The first was a 78-yard connection to Konner Crawford and then the second found Grant McEwen for a 50-yard catch and run. Taylor Hicks ran for 98 yards and four TS while McEwen ran for a TD while playing quarterback.

Shawn Berry was the workhorse for the Cardinals carrying the ball eight times for 93 yards and the final touchdown of the night. Evan Mitchell broke free for a 30-yard TD scamper while Winlock QB Zack Weinert found the end zone as well. Weinert threw 20 passes, completing 10 of them under severe duress from the Toledo defense.

Toledo is now 3-0 on the season and will visit undefeated Adna on Friday night. Winlock is now 0-3 and will host Mossyrock. 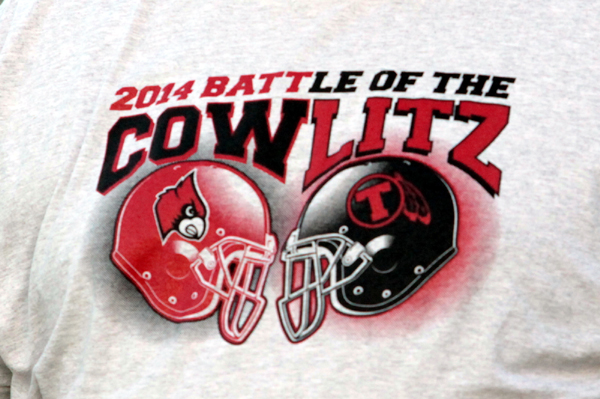 The Toledo Football program designed T-Shirts as Toledo and Winlock resumed the "Battle of the Cowlitz" football game. They met for the first time since 2009 on the football field.