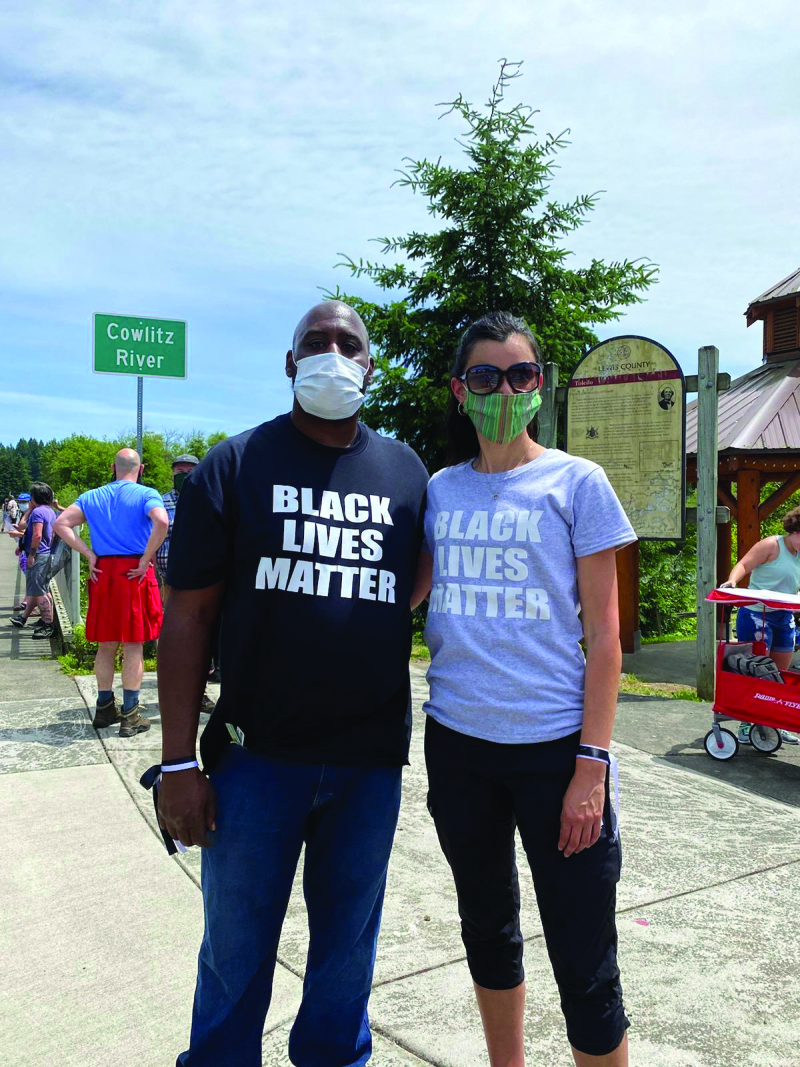 BLM protest in Toledo was organized by William Flerry and Erica Castro.

The Black Lives Matter Movement held a small protest in Toledo on Friday, June 19, a day that is known as Juneteenth. Juneteenth, which stands for June 19th is a holiday celebrating the emancipation of those who had been enslaved in the United States.

June 19th is a special day for many because it is a celebration of freedom. Juneteenth commemorates acknowledgment and awareness of this in 1865: A Black Independence Day. Not long ago, my ancestors fought for their freedom from slavery. After which my grandparents and parents and many of your parents and grandparents fought for civil rights and equality.

My grandparents marched with Dr. King; my mother tells stories about her experience as a child marching. ... fighting a fight we are still fighting today. Fighting because we know that our children shouldn't have to fight for that anymore. Our grandchildren should not have to experience racism. My family and I felt moved by the actions of millions around the globe. Good people standing up to injustice." William and the supporters tied ribbons on the Cowlitz Bridge in Toledo.

Erica Castro, William's fiancee was supportive and did it for their kids. "I wanted to bring the community together for the kids, to make a better tomorrow for everyone," Erica said. Her daughter Nyssa who is bi-racial was there, and Nyssa said, "I wanted to spread love to the community. I see a lot of racial problems and I would like to see us accepted based on who we are not the color of our skin."

Aujeonna Flerry, William's daughter who is also bi-racial, said, "I wanted to have the community come together. I may look different, but we are all the same on the inside. In school, there are not many bi-racial kids, but I am just like any other kid."

"It's time," said Winlock resident Joanne Cobbs. "I know the majority of people aren't racist and I know a majority of police aren't brutal. It's time for everyone to speak for all people because not speaking says something."

Jeramy Knight who was there holding a sign stated, "People are being hurt in my community. We need to stand up and spread love."

The event was small, peaceful and heartwarming to see kids organized an event who are the ones most impacted.