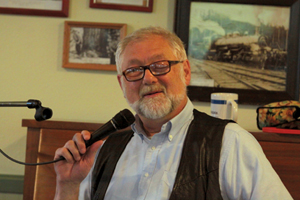 Paul Van Dyck kicked off the summer season at the historic Fox Theater Centralia on Friday as the first performer with 2013's "Fridays at the Fox." Each Friday afternoon, the Fox will open it doors for free lunchtime entertainment and Van Dyck is quite the entertainer.

The musician lives in Ryderwood and participates in the very active local arts community. One of his most recent projects is "Acoustic Saturday Nights" at the Ryderwood Café, which derive from previous musical gatherings at the venue. A number of local musicians get together and perform to an audience that may number three dozen or more, but more importantly, most are fellow musicians, the toughest kind of audience.

"We laughingly refer to it as 'Ryderwood's Gong Show,'" says Van Dyck, who emcees the affair.

Though not a musician by trade, he said he grew up around the medium and obtained a love for keyed instruments at a young age.

"I have been in music for nearly my whole life," he said. "My dad brought me to the old Paramount Theater in Portland where there was an ultrasonic piano organ."

It doesn't take long to realize that there is something a little different about Van Dyck as a musician, and it's not just his sense of humor. He is legally blind and, for a time, did want many thought a blind piano player should do; tune pianos.

"Blind people were encouraged to get jobs as piano tuners," he said. In 1978, he moved to the midwest to become a tuner, but he said with near disdain, "There is just not enough work in piano tuning."

So he found an economic livelihood in medical transcription, and left the piano for the most enjoyable times, totaling 30 years. He has been successful using a text-to-speech screen reader provided by employers, but Van Dyck says that he has enough vision to get by much of the time.

"The screen is magnified," he says. "You can tell I have been using the computer because of all the nose prints on the screen."

In 1997, Van Dyck married his wife, April. She herself is a gifted flute player and is quite accomplished at a number of arts and crafts, like bead and leather work.

"She does so many things, it is like I married an entire harem," he quipped. 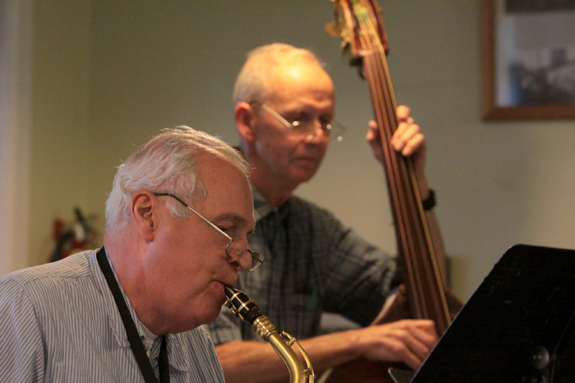 "Dr" Dave Perkins place the bass and Gary Bennett play the sax as two thirds of the Terry Teschner Trio (Teschner on piano is not pictured) during Acoustic Saturday Night at the Ryderwood Café. 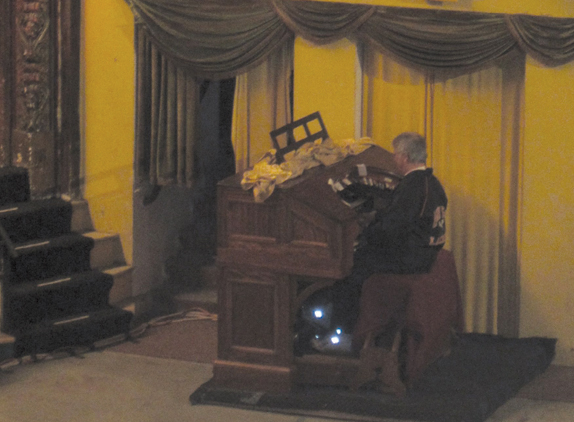