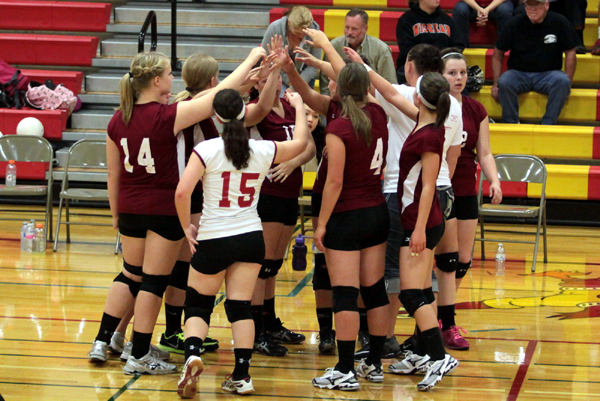 The Winlock Volleyball team won their first two games of the season with victories on the road and at home.

The Winlock girls volleyball team started their young season with two wins over Wishkah Valley. The first victory was on the road Monday where they swept the Loggers 25-14, 25-15, 25-12 in non-league play. Emma Johnson added 11 aces while Kennedi Collins had a great game serving and defensively.

On Wednesday, Wishkah Valley came to Winlock and returned home with their second non-league loss in three days 20-25, 25-20, 25-14, 25-16. The Cardinals let the first game get away, but then won the next three to take the match. Kelsey Steveson had 10 kills, especially late in the game for the Cardinals.

"They were mad," said Winlock Head Volleyball Coach Sara Hadaler said about her team's reaction to losing the first game. "They knew that they should not be losing that game. They wanted to win and they were not going to let it happen again."

While Hadaler was unaware, long-time Winlock staff indicated it may have been more than a decade since the volleyball team was victorious in a full match (series of games). Hadaler said they have won individual games in the last couple of years, but a non-tournament match has eluded them in the competitive leagues if Southwest Washington .

With two victories under their belt, Winlock looks forward to the always-tough 2B Central season.

"They are starting to communicate a lot more right now," continued the coach. "Volleyball is all about communication and if you don't talk to each other, you are not going to be very successful. We are trying some new techniques to make them talk to each other. So far it seems to be helping."

Hadaler has several exciting players including libero Kennedi Collins who is an exceedingly good server candidate and a top of the line defender. Hadaler also notes that Emma Johnson is an incredibly important part of the team.

"Emma will always produce," says Hadaler. "She needs both knees replaced but she will play through anything and everything to make the team better."

The coach also says that Kelsey Steveson is a player to watch.

"As she builds confidence, she is starting to hit like she does during practice," explains an excited coach. "If she can start right from the get-go with that, we can dominate at the net."

There is not much time to breathe as the Cardinals will play at Toledo on Tuesday night and then travel to Morton to take on MWP on Thursday. 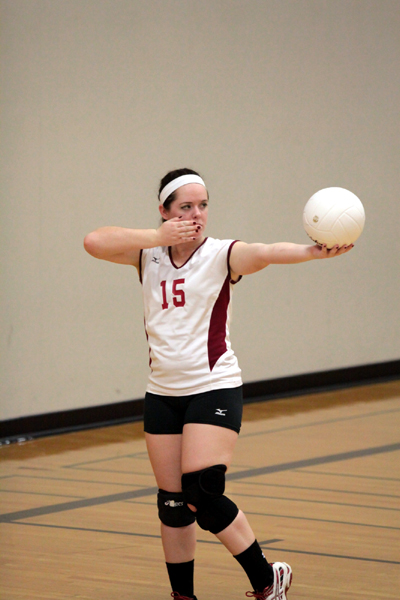