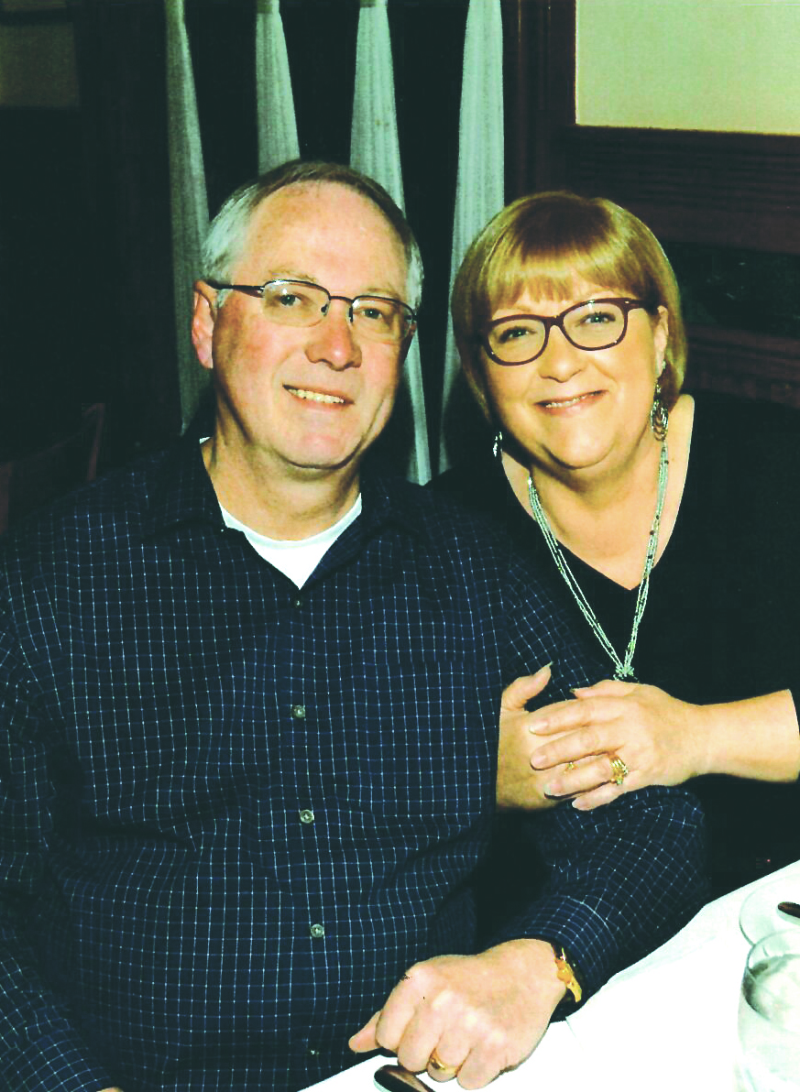 Many of us were here when Cedar Village opened its doors. It was a big new building with modern-day conveniences. Little did we know then, this store would be the center of the town for many years to come.

Cedar Village offers convenience for many who live in the area, going to the local market and seeing people you know makes your shopping experience fun. You can't just go to the store for two seconds, you have to say hello to everyone. The store has a family feel and it's due to Raleigh and his family who have kept the store going for 40 years.

When Raleigh started the store, he had a few of the local ladies as cashiers and a few high school students to box up the groceries. We were able to catch up to a few of those workers from the beginning.

Jon Horton, who now lives in Texas, stated, "Raleigh has always been a fair and genuine boss, not showing favorites or taking sides, but treating everyone with respect!"

Lorna Bowen Murray, who now lives in Oregon, said, "Great place to work. I was in Bob Wright's store and he asked me if I wanted to work at the grocery store. I had no idea they were hiring. He sent me to Raleigh who had only seen me from my waitress job at the Highland Cafe. I was 15, but he hired me. I had to wait until I was 16 years old to start work. I started as soon as I turned 16. It was such a great place to work. Raleigh was so very nice and it was awesome to work with classmates, Tommy, Donny and Jonny as well as everyone else who worked there.

Tommy Thompson was also one of the beginners, he shared, "Being a box boy at Cedar Village was such a cool job. It was the 'NEW' store in town, with commodious parking compared to the old Safeway (the building which is now occupied by City Hall). It also was the first real 'W-2 Form' job that I ever had. But it also came with a dress code. The guys all wore slacks and collared shirts with ties. Yes, ties. No clip-ons, I'm talking Windsor knot ties. And over that, we had our aprons with our name tags. In the initial group of box boys we had a Don, a Jon, and a Tom. When the Checkers would call for a carry-out sometimes all three of us would come up, or none of us. To end the confusion, Audrey Marsayla shortened Don Schaefer to "Schaef" and for some reason, still unknown, she dubbed me 'Yogi.' There are still a few longtime Winlock folks who will call me by that name."

"It was a fun place to work," said Barb Titus who was one of the first cashiers.

"Not just the owner and boss, to me, he is just Raleigh," said Paul Malarz who was the longest working employee. "He was a great guy to work for 38 years. He is a very humble guy for all he does in the community and yet he has never wanted any accolades."

The one thing you will find about Cedar Village is many of the employees have been there for years, it says everything about Raleigh and Pam. Very seldom do you see the tenure Cedar Village has had when compared to other stores. It's due to the family feel. Current employees have the same feeling as those that started in the beginning.

Jo Booth, who has been the bookkeeper at Cedar Village had these kind words to say, "A kinder more generous man you will never meet than Raleigh Stone. His compassion for our community and the people living here is surpassed by none. Throughout the years, he has supported every organization in this community as well as individuals in need. He is truly a hometown hero! I have worked for Raleigh in excess of thirty years and can enthusiastically call him my good friend."

"Need groceries, directions, medicine or a good conversation, it's all at Cedar Village IGA," said Teresa McCrite. "Raleigh and his family make it a welcoming environment for the past 22 years I have been with them. They are always supportive and there when needed in any way. Raleigh is one of the greatest men in the community. I couldn't ask for a better boss to work with."

Don Hilley, Cedar Village Pharmacist said, "I worked for Raleigh for over 25 years, started a few weeks after he purchased the pharmacy. Raleigh and Pam have been a pleasure to work for. They always take care of the needs of the employees and genuinely care for them Raleigh and Pam have an amazing relationship with the community. Taking a personal interest in the lives of the people in south Lewis County."

Another person whose family has been in business in Winlock since 1948, Glen Cook of Cooks Hardware stated, "Great to have him here for 40 years, he has been an awesome asset to the community."

If you go to the store today, you will notice changes from 40 years ago. There was at one time a drug store/pharmacy where the produce is today, a totally separate store. That has been gone for many years. The outside of the building has not changed, it's still the same. People have come and gone, but Raleigh and Pam have stayed true to the community.

There have been many times throughout the years that a group is putting on events, Raleigh has always been the first to help out. He has donated so much to the community, it's hard to think of anyone who has donated as much as he has in his 40 years of business. The Stone family cares about its customers, if they haven't seen you for a while, they will all make a point to say hello.

When you go to Cedar Village IGA, it's not like you are going to the grocery store. The best way to describe walking into Cedar Village is you are welcomed into their family store. It's not some big box store, it's a store that is run by a family that loves the community. You couldn't ask for anything more! A store filled with love is what makes Cedar Village, the hub of the city.

Thank you, Raleigh, Pam and Matt Stone, without you Winlock would not be the community we are today.