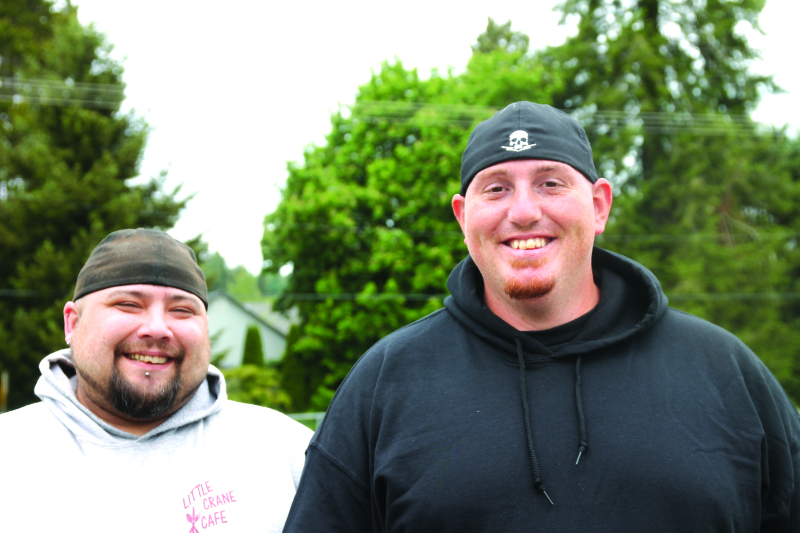 Jason Rayfield and Damian Dazo, are two of the individuals who patrol the streets.

Rayfield stated "We patrol the city. We have eyes and ears for when the police aren't in town."

"We engage the person to see what they are doing," said Dazo. "By making our presence known, it is more of a deterrent. We always travel in pairs and we have each other's backs."

Rayfield continued, "We patrol at various times, we don't want a set schedule. We want to patrol at different times and different days so no one is familiar with our schedule."

Dazo stated "Since we started, the crime in Vader has decreased."

As far as law enforcement goes, Rayfield stated, "We are in direct contact with law enforcement because we are here to protect the citizens and ourselves. We don't carry weapons, we carry flashlights."

Dazo continued, "We patrol the heart of Vader, from the tracks to the top of the hill."

Both of these young men have families. They are doing this for one reason. "We are doing this because we want Vader to be a safe and friendly environment for our kids to grow up," said Rayfield.

Joe Schey, Mayor of Vader is supportive of the group, he stated "Community participation in crime prevention efforts is not only helpful, but crucial to the deterrence of criminal activity. In cooperation with law enforcement, these Vader citizens are doing a great service to us all. The organizers and members of this neighborhood watch program should be proud of their efforts."

Sheriff Rob Snaza stated, "The Caretakers of Vader have been working with the Lewis County Sheriff's office. We have educated them on what they can and can not do. We support neighborhood watch groups as they help deter crime."

Vader is safer with the Caretakers patrolling the streets.