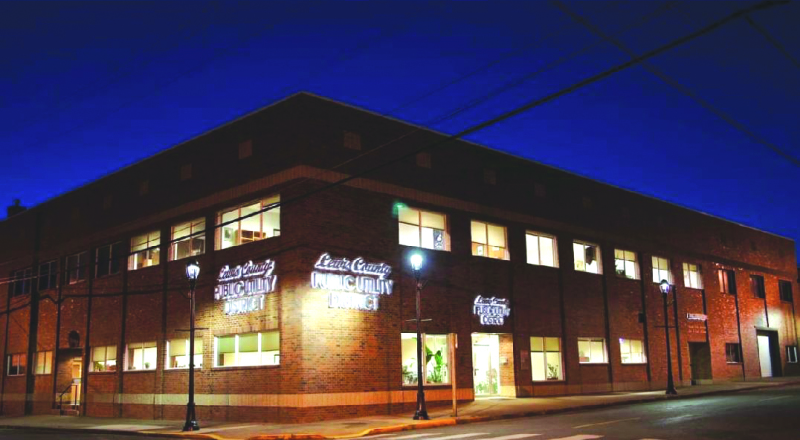 On Tuesday, August 17 at 10:00 a.m., mayors from Napavine, Winlock and PeEll along with a representative from the City of Mossyrock discussed their concern for rate increases and asked the PUD to keep rates the same.

Michael Kelly, the new PUD commissioner who was elected last year, has had many concerns about the cost of rates to the citizens in Lewis County. He is also concerned with what expenditures the PUD is doing including replacing equipment without the knowledge of the equipments' remaining life span. Kelly was unable to get documents from PUD General Manager Chris Roden, which caused Kelly to have a public records request submitted on his behalf.

There is without a doubt a disagreement between Kelly and the other two commissioners. It is apparent in the meetings. The surprising item at this meeting was the discussion of reimbursement by Bonneville Power Administration (BPA). For 9 years, Lewis County PUD has not put in for reimbursement for employee wages working with the BPA. They discovered this error 3 ½ years ago but this is the first year they have put in for the reimbursement.

Bob McCormick, former PUD employee also spoke during the meeting, he used the "Peter principle'' when talking to Commissioners Crounyer and Rothlin. He has concerns of the upper management being top heavy, with wages for most supervisors exceeding $100,000. This amount is also well over the average wages in Lewis County.

Now the PUD has created so many new job titles the employee count is just over 140 employees, over 90% of the new hires are in supervisory positions. The PUD is so top heavy that they want to build a new multi-million dollar office to hold all of them.

There is no end to their spending as long as we let them. So ratepayers, step up and be counted. We need the irate ratepayers to make an appearance again!"

Mayor Shawn O'Neill who has concerns for his citizens stated, "The recent rise in the cost of basic necessities for living, not to mention gas, and durable goods have some households getting creative with their financing. I really had hoped the PUD commissioners would have put the public before their paychecks when making the decision to raise rates again. It's a totality of circumstances I fear will jeopardize the quality of life for many."

Mayor Brandon Svenson stated, "At a time when many citizens in Lewis County are struggling to get by, the Lewis County PUD is discussing yet another rate increase. After a look at the salaries the upper management are receiving, it is my strong opinion that the Commissioners need to look within for budgetary shortfalls, not take it from our citizens."

Finally, Commissioner Kelly spoke with the Lewis County News about the issues, he stated, "As a PUD commissioner, I ran to help the citizens of Lewis County. I had to request documents they would not provide via public records to get the testing analysis of the transformer oil to see the overall health of them, which is one of a private utilities gold standard to monitor and determine reliability, potential maintenance,and or replacement timelines. I had these tests reviewed by a subject matter expert and he concluded the Transformers may be old but the test results showed they were all pretty healthy.

They are going to spend $9 million on new transformers, without any other explanation to date other than they are old and it's in the ten year plan (developed just prior to myself taking office). Mr. Roden (General Manager) has created multiple new six figure positions since taking over a few years ago with more in the works. This employee growth has contributed to the need to build a new office building in Chehalis projected to cost 12 million dollars. I think it's time we run the PUD like a business and not be on a spending frenzy that's going to cost the great citizens of Lewis county higher rates in 2022 and beyond. The PUD increased rates by 4.75% in 2020 and a 1.9% increase in January of this year."

If Lewis County citizens want to share with the PUD Commissioners, the meeting is located at 321 Pacific Ave., Chehalis, inside the auditorium. The meetings are held the 1st and 3rd Tuesday at 10:00am.