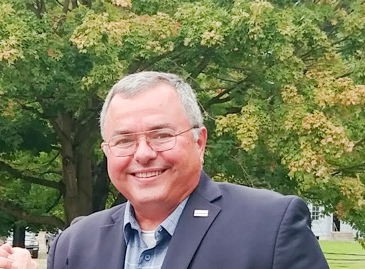 Loren Culp, Lewis County's choice for governor, is planning a vehicle convoy to announce his arrival into King County this Saturday, September 19th. Culp, who is the Republican front runner has been very active on the campaign trail, holding rallies he now calls "protest" with at least 1000 people now attending.

It's been quite the campaign season, Culp has started a grassroots movement here in Washington and now he has set up the biggest convoy Washington has ever seen. There is to be an anticipated 1,000 vehicles that will start in Vancouver at Macy's at the Vancouver Mall at 10:30 a.m. on the 19th of September, driving 55 mph along I-5. They will start lining up at 10:00 a.m. and hit the road at 10:30 a.m. They will be flying flags for Culp, in fact, runners will be there with flags for newcomers who do not have a flag to fly.

It's approximately 66 miles from Vancouver to the Winlock-Toledo exit 63, traveling at 55 mph, the convoy will be going by the exit at approximately 11:40 a.m. - 12:00 p.m. Taking into consideration, they leave on time and they are able to travel at 55 mph. This is your opportunity Lewis County, it's time to show King County how we do things.

The idea is to have vehicles join along the way. There will be runners ahead of the convoy to make sure everyone has a flag. Even if you can't drive to King County, feel free to participate as long as you can.

If you can't be in the convoy yet want to participate, there are freeways overpasses. Let's line the overpasses with people and flags, showing support for the convoy. Please remember to use all caution getting to and from while standing on the overpass.

Loren Culp, candidate for Governor provided a quote directly to the Lewis County News, he stated, "I'm very excited to see so much support from Washington citizens who are ready to help me send common sense to Olympia. Together we will lead Washington's comeback and return individual freedom and liberty to our State!"

Culp has appeared in the Lewis County News several times, as he has continually provided quotes when asked. We have reached out to Governor Jay Inslee's office in the past, with no response. Even though we are a community newspaper, Culp has always made each article better by providing quotes for our readers to enjoy.