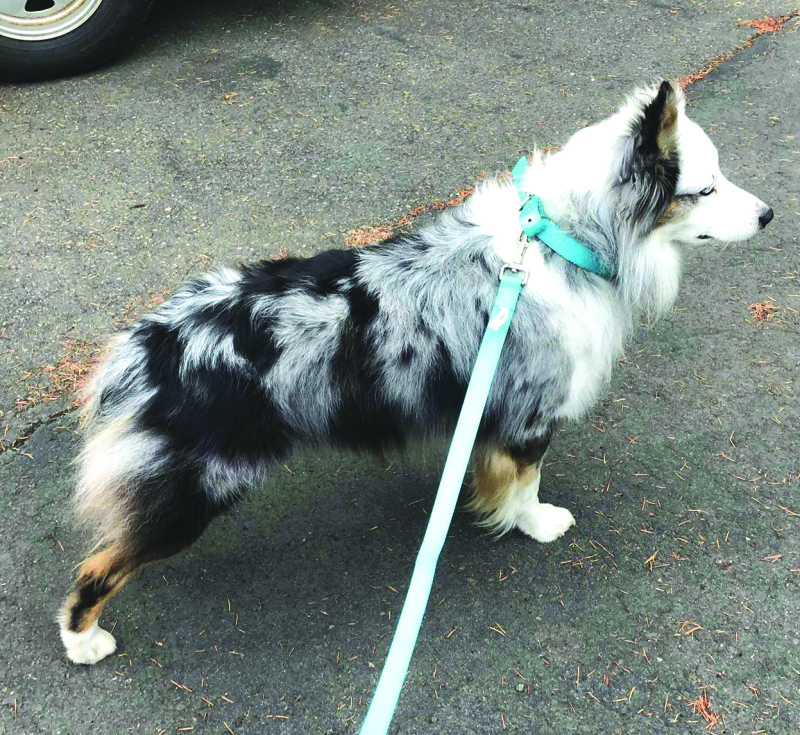 We all live in an area where our pets are part of our lives, whether they are indoors or outdoors, they are our family. We have a family in Winlock that needs the help of the community, it's a story that is about the love of a family to bring their son's dog home to them.

Bo is a 3-year-old Blue Merle Australian Shepherd. He is medium-sized with no tail and one ear that stands up and one ear hangs down. Bo has a lot of white on his face and around his neck. He has been missing since September 13 from Nikula Rd. in Winlock.

Bo's owner, Gabriel is overseas and before he left, he left Bo in the care of a caretaker. Unfortunately, that was not meant to be and after a time Bo was given to his grandparents here in Winlock to be taken care of. Bo's grandmother Crickett had him in a covered kennel until he became comfortable with his new home.

Then, on the morning of September 13, Bo was not in the kennel, but lying in the grass not far away. He had pulled a Houdini and escaped, but he didn't go far. He would lay on the grass until his grandmother with treats would get about 20 feet from him, then he would run away. He would only go about 100 feet, stop and lie there like it was a game.

The grandparents decided, he was staying put so they let him be. He could be seen in front of the ranch outside the gate or down the road a bit, but he was always close by. He stayed around the place for about four to five days until one day the grandparents' boxer saw him outside and chased him off. That's the day he headed towards downtown Winlock.

Bo is a very skittish dog. A one-owner dog and it's hard for anyone to get near him. He runs from people, he will not come up to you. Bo has been spotted in many places, especially up towards Nevil Road. He has been seen in downtown Winlock.

Since September, this family has been driving all over Winlock looking for Bo at all hours of the day and night. They know how important Bo is to their son, this is a family that only wants Bo to come home. They have heard someone is feeding him up on Nevil Road as of a week ago and have been driving up there. They are desperately searching for Bo and they need our help as a community to bring him back before their son returns home from military duty. Let's all help this military man find his best friend. If you see Bo, call Crickett at 360-785-4122.