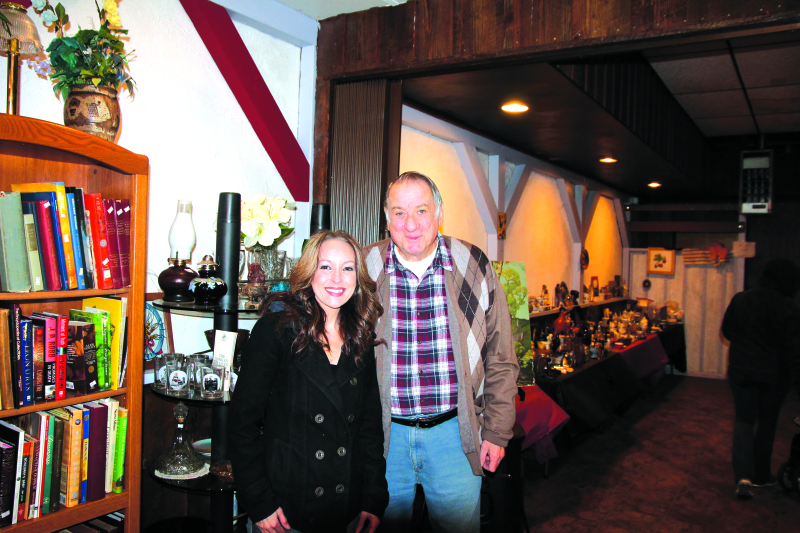 DeSarno's Treasures has just had their six-month anniversary. They opened on Egg Day weekend at 204 NE First St. DeSarno's is owned by Desiree Bowers, a 1988 graduate of Winlock High School, and Arno Chapman of Chehalis. Desiree Bowers is the daughter of Gary and Joanne Parkison of Winlock, a family that has been here for over half a century and who have contributed to the community in many ways.

DeSarno's is a store of collectibles, both secondhand and new items. They offer a wide variety of items, from clothing to furniture and everything in between.

The prices are similar to those offered at yard sales, and you can still dicker with them if you would like.

Desiree indicated that she hopes her business benefits the community.

"I would rather be a Wal-Mart than a Nordstrom's," she stated, "where people can afford our items and are happy when they leave."

"Recently a couple came in and their vehicle had been stolen," Desiree continued. "I asked them where they were living and the woman said under the bridge, so I gave them sleeping bags, coats and blankets at no charge."

This is the way Desiree was raised, to help everyone in the community.

Desiree has been selling on eBay for 20 years, but said she believed a brick-and-mortar store was in order locally.

"I felt like we needed something in Winlock where people could come in and find anything they need," she stated. "I want to be able to help the people in the community when they have needs. We keep our prices low, because people can't always afford new [items]."

Arno, Desiree's partner, is new to Winlock. He said he wants the community to know that people in Winlock are the friendliest people he knows.

"We have not only made customers, but we have made friends as well," Arno said.

DeSarno's is located just up the block from Winlock Eggspress. When you walk in there you are immediately welcomed, and the conversation soon falls to chit chat about the community.

If you are in the need of furniture or you are setting up your first home, this is the place to shop. You will find everything you need and you will be supporting our local community in the process. Stop by and introduce yourself to Desiree and Arno. They will be happy to show you around.