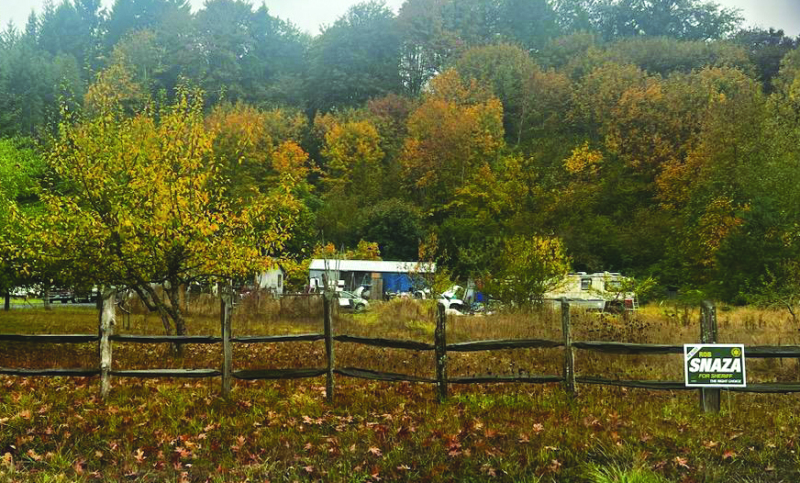 Photo by Lynnette Hoffman - Location of one of the drug busts in Winlock.

On Wednesday, November 2 at 8:40 a.m., the Centralia Police Department was dispatched to a residence in the 300 block of S. Pearl St. for a reported 26-year-old found unconscious and not breathing by his roommate. The male was declared deceased by the medics present, there were signs it was a drug overdose.

They started a Controlled Homicide Investigation that was immediately initiated by Centralia PD Detectives. Due to the suspicion of fentanyl, assistance from the Joint Narcotics Enforcement Team (JNET) was requested.

This drug overdose in Centralia led JNET to two addresses in Winlock where they arrested three individuals for the Possession of a Controlled Substance with the Intent to Deliver and Unlawful Possession of a Firearm. Both of these homes have allegedly been involved in drug activity for quite some time.

During the investigation, Timothy May of Centralia was arrested for his involvement in the death investigation. May was booked for Controlled Substance Homicide (suspected Fentanyl). Through their investigation, detectives learned that May had recently traded a high capacity semi automatic rifle to drug dealers for the illegal drugs. This is where the investigation led to Winlock.

Further evidence in the investigation led CPD Detectives and JNET to an address out of Winlock in the 700 block of the Winlock Vader Rd. At this location, 30 year old Brandy Hunter of Winlock and 34 year old Bill Jones of Winlock were arrested for Possession of a Controlled Substance (Fentanyl) with the Intent to Deliver.

CPD Detectives and JNET continued to follow developing leads which led them to another address out of Winlock, in the 900 block of Byham Rd. The subject living there was connected to the drugs traded to Timothy May. May's firearm was found at the location and 55 year old Jackie Dean was arrested for Possession of a Controlled Substance (Fentanyl) with the Intent to Deliver and for Unlawful Possession of a Firearm.

This investigation resulted in five firearms being seized and more than 100 suspect Fentanyl pills recovered. This is an ongoing investigation, anyone with information is encouraged to contact the Centralia Police Department at 360-330-7680.