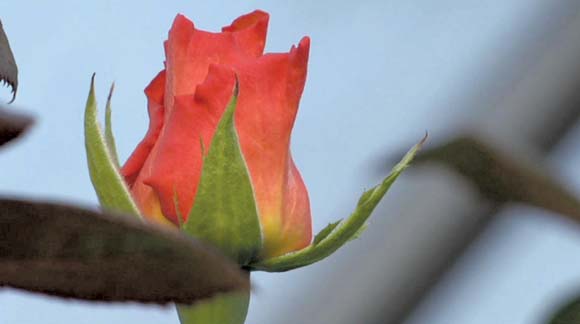 A screenshot from Neve and Sons, a documentary about struggling California flower growers submitted by Turkish-born Duygu Eruçman.

The first such festival to include international submissions, organizer Mike Morgan said he was pleased to be able to share movies from Japan, France, Ireland and Turkey with festival-goers among the 17 entries screened this year.

Though foreign films were not an official award category, Morgan said feedback received from the audience indicated a film by Turkish-born Duygu Eruçman, titled Sokak Sokak (meaning Street by Street), was the clear winner. In the movie, which consisted of video shot in Downtown San Francisco as well as photos from Tukey, Eruçman shares her thoughts on life in urban America with her father back in Turkey, and the text of their correspondence serves as the narration for the film.

Eruçman also took home an award in the official category of Best Documentary for Neve and Sons, a short piece about a family-owned flower business in California and the challenges competing with national flower producers. Morgan said, while Eruçman and other international filmmakers were not able to be present Saturday to accept their awards, certificates noting their accomplishments will be mailed to them.

But the highlight of the weekend had been a television pilot submitted by Toledo High School graduate Andy Lahmann and comedian Ryan Stiles, both of whom are based in the Bellingham area. Bellingham T’Night was a half-hour spoof of late-night talk shows featuring outlandish guests and hosted by Stiles, backed up by Bucho and the All-Girl Band. Geared rather intently toward the college population in Bellingham, the series is sure to draw a loyal following if it receives a green light.

The eleventh-annual Plomondon Independent Film Festival is expected to take place next February, and it’s never too early to get started on the next award-winning local film concept. 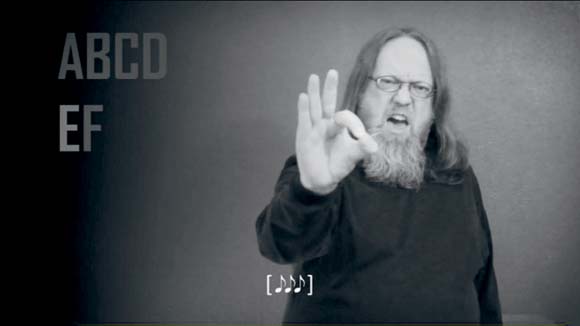 ABC/ASL Song, by Will and Valerie Wittstruck, was a crowd favorite during the Plomondon Independent Film Festival last weekend in Toledo. The video featured Will Wittstruck signing the alphabet accompanied by a heavy-metal theme song (captioned for the hearing-impaired).