Garlic Festival brings in the First Day of Summer 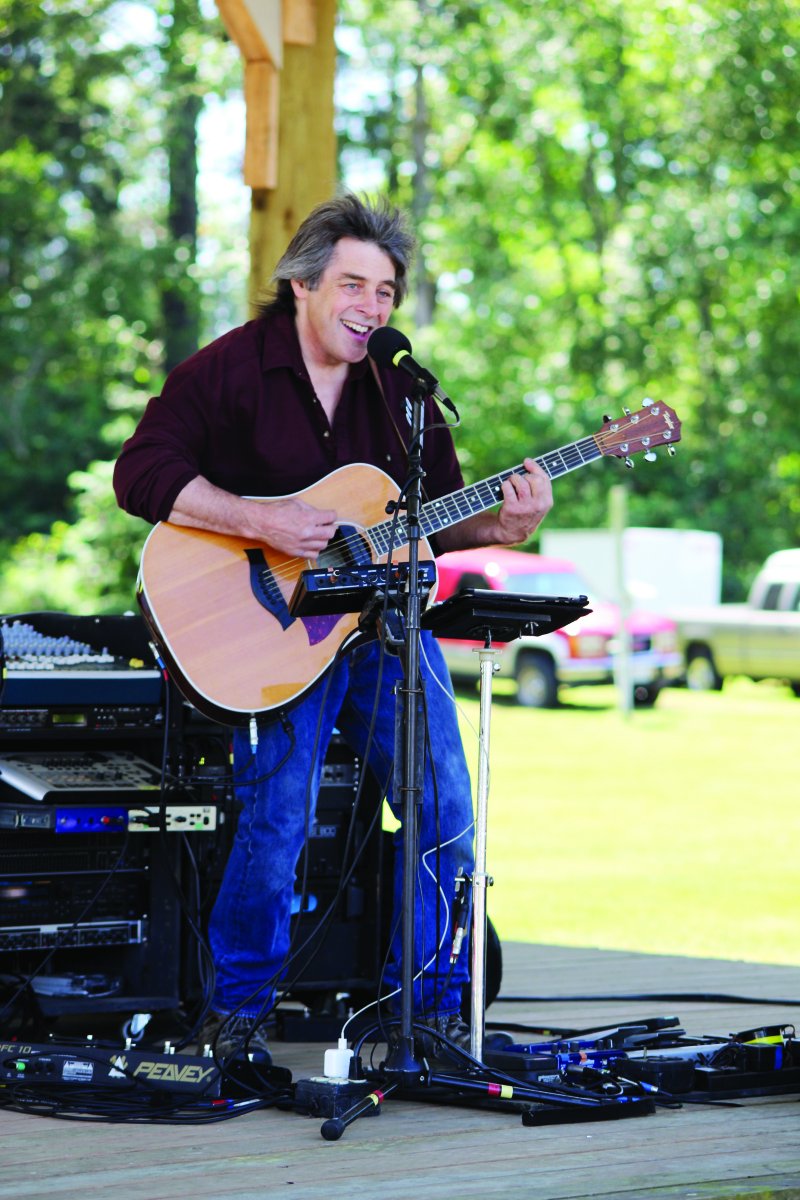 Photo by Scot Pearson Singer Greg Parke entertained the crowds during the day as people mingled around the grounds looking for items of interest.

OCEAN PARK - On the eve of the First Day of Summer, the Ocean Park Garlic Festival helped bolster in the solstice bringing entertainment, vendors and the celebration of all things garlic to the attending public.

"We saw more than 2,000 people last year over the two-day celebration," said Karen Boardman, office manager of the Ocean Park Chamber of Commerce.

Visitors are encouraged to participate in the "Garlic Walk" and collect stamps from various vendors at the festival. A fully stamped card allows them entry to prize drawings during the festival.

"The Garlic Walk also helps us track how many people are attending. But not everybody takes a card, but it does at least give us some number to help estimate crowds," Boardman said.

The card also is like a comment card about the event and helps event organizers improve on the festival annually.

Sprouting out of the parking lot of the ARK restaurant in 1982, the inaugural festival was called the 1st annual Italian Independence Day & Garlic Festival.

"Nanci and Jimelia ran the festival for several years. But it started getting to big for them to organize and also run their restaurant. They decided to give the festival to the community. The Chamber of Commerce runs the festival now, and it keeps us very busy," said Boardman.

The 2015 festival runs much like the 1982 festival in that vendors, live music and "it's all about garlic," are still the mainstays of the event.

Each vendor attending the festival must have a garlic related item at their booth, and even with the local garlic harvest later in the year, the festival is still running strong for the local community of Ocean Park.

The festival was turned over to the community in 1988 and renamed simply as the Garlic Festival.

With the help of the Beach Baron Car Club, the current location provides great parking and ample space sitting on Beach Baron Field.

"The festival started in a parking lot, was moved next to the high school, and then we settled down here at Beach Baron Field," Boardman added.

The festival also holds a poster contest with the winner proclaimed during the event. The contest runs from March through May every year, and any one can enter to see if they can design the annual poster.

"We sell copies of the winning poster and as a special prize the original is auctioned off," said Boardman.

The North Coast Blues band was on tap for the festival and along with them, Greg Parke took the stage with his guitar. Many people took their picture as "Mr. Garlic" and tried various items infused with the temptable Allium.

"The music is one of the draws to the festival as well as Mr. Garlic," Boardman said.

Vendors from around the state and from Oregon are drawn to the small town festival, and mostly because it is "chic to reek".

"We do it because it is fun, we love it," Boardman added.

To see more about the annual Northwest Garlic Festival check with the Ocean Park Chamber of Commerce.