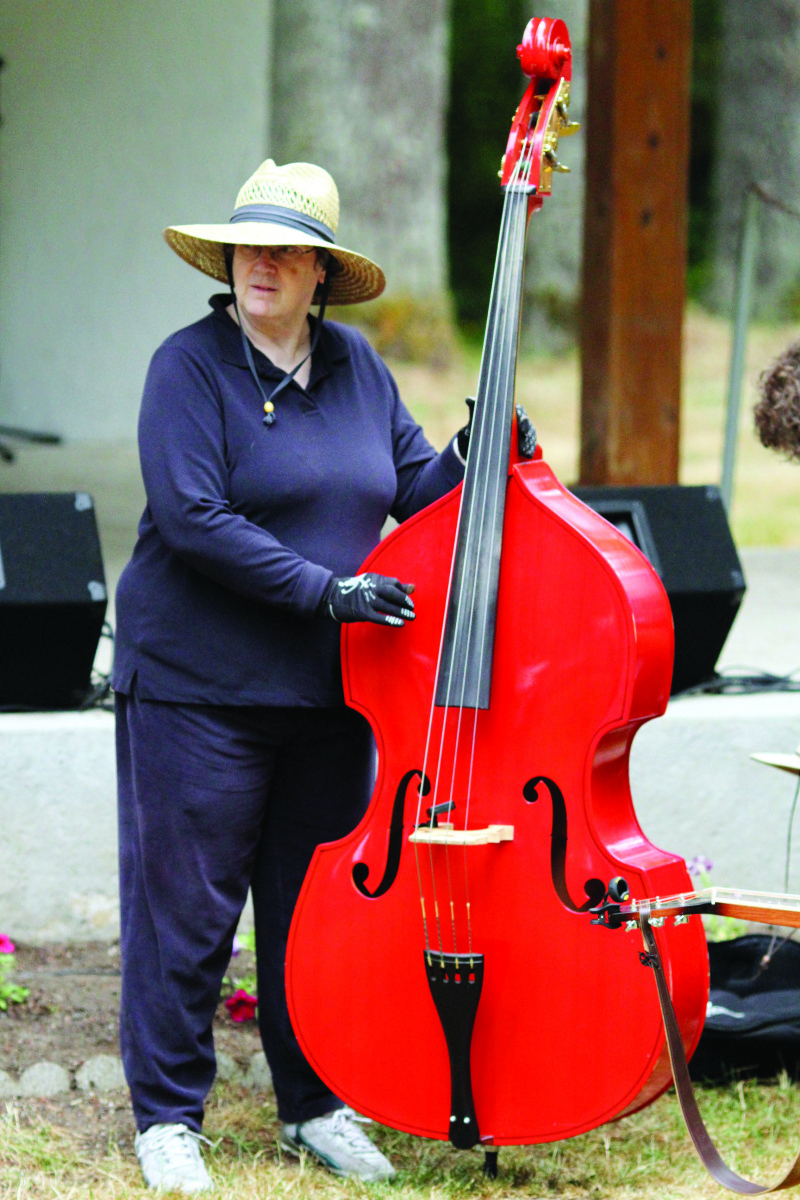 Getting ready for the Slow-Jam, musicians gathered all day to participate in several musical numbers that makeup the Pickers Fest. Photo by Patrick L. Myers

The Winlock Pickers' Fest was held at the Winolequa Park this past weekend, starting Thursday July 9 and going through the weekend, festival goers enjoyed acoustic bluegrass music for the weekend. This festival included slow jam sessions, instructional workshops, open mic sessions, and David Grier, one of the premier American acoustic guitarists in the world, who headlined the festival.

The festival was put on by the Washington Acoustic Music Association or WAMA. WAMA provides workshops, concerts, and slow jams around the state. WAMA also provides the Pickers' Fest and even loans instruments out to its members in need, in an effort "to promote and educate the community about acoustic music."

The president of the association, Marv Sobolesky, was pleased with the outcome of this Pickers' Fest: "We were pleased with the weather and turnout and things are underway for our 2016 Festival."

The Pickers' Fest has been around since the 1980's, but the Winlock Pickers' Fest had only begun in the year 2000. "This is our fifteenth year at Winlock, but the Picker's Festival originated in Ryderwood sometime during the 1980's," said Sobolesky. The Pickers' Fest is at it's heart a bluegrass music festival, but in recent years has loosened it's focus on bluegrass and started to stray into general acoustic music. "In it's early history the Picker's Fest was described as a "bluegrass" festival which highlighted mostly traditional bluegrass music. As bluegrass music in general has evolved, we're trying to help retain traditional bluegrass music as well as introduce other genres of acoustic music," said Sobolesky, "We try and target younger audiences to introduce them to these different styles of music in order to help preserve them. Most of the current traditional bluegrass fans are getting up there in years and I feel if we don't step in now to help preserve it, it could become lost."

Though bluegrass is becoming dated, it is kept alive through the efforts of current musicians such as the one chosen to headline the festival: David Grier. Grier's musical style beckons old traditional bluegrass styles in and Grier plays them with such a modern style and lively sound that it makes it hard to believe that bluegrass is a dying genre. Mr. Grier commented on his time at the festival, "Everyone here is so nice," said Grier.

When asked about how this year's festival has compared Soboleski chimed "We had a lot of new faces this year at Winlock Pickersfest, so hopefully we're on the right track."

Check WAMAmusic.com for details on next year's Pickers' Fest, and be sure to check it out if you are any kind of an acoustic music enthusiast.