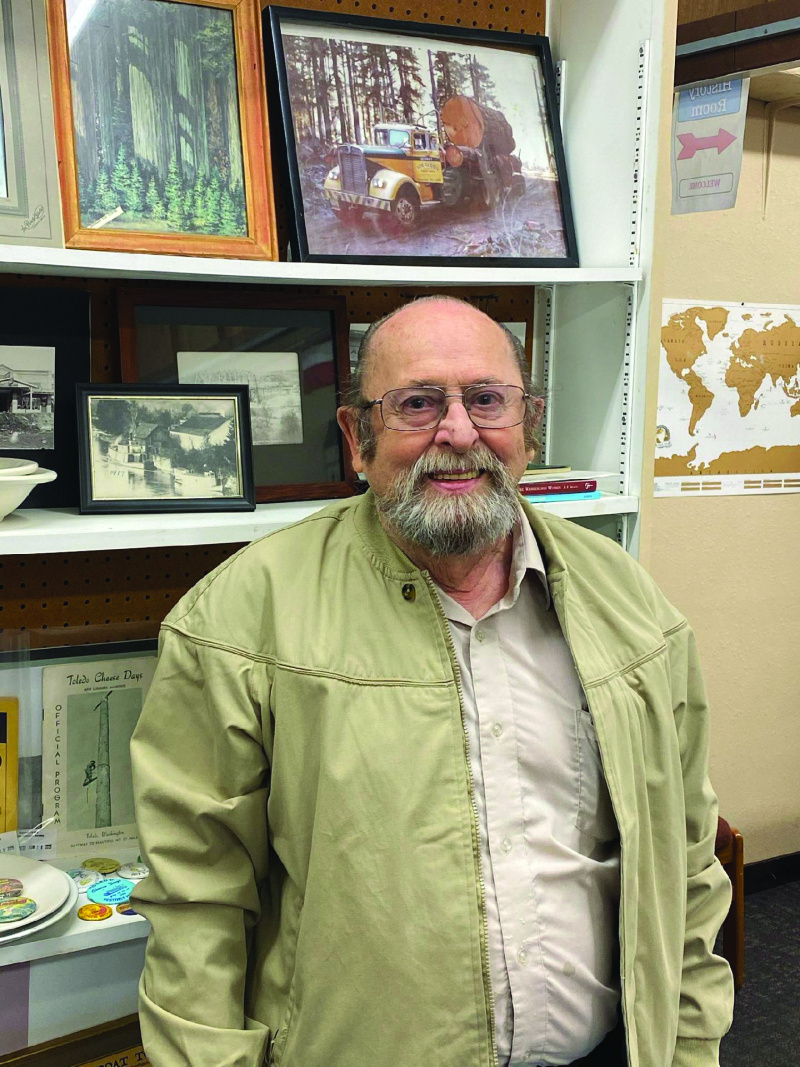 The Toledo Historical Society has been around Toledo for a bit now and it was time to tell you what they have been up to. Sitting down with Don Brenner discussing the events, fundraisers, and historical material was a very educating experience. As Don stated, "This is a good place for history, they have a lot of history around here."

The Toledo Historical Society was started in 2004 by Anita Emel.

Lewis and Clark came to the Cowlitz area in the early 1800's. They would discover what was to be known as the area for The Hudson Bay Trading company.
The Cowlitz area was the first settlement in the Oregon Territory in 1851. When Washington became a state in 1889, they were included in Washington State territory.

The Toledo Historical Society has been instrumental in making more information available to the residents through books, photos, postcards and booklets. All this information is available for purchase at the back of the Toledo Library, in the Toledo Historical Society room. The History Room has historical information dating back to the 1800's. They have two books that are currently available as fundraisers, they are Toledo Community Story (revised) and the Big Cheeses of Toledo. Big Cheeses started as a regular appearance at the 1985 Toledo Cheese Days celebration.

Over the past years, the Toledo Historical Society have been involved in several projects, one was the Centennial Rededication of the Oregon Trail in 2016. This event brought Daughters and Sons of the American Revolution and many elected officials, including Mayor Steve Dobosh. The marker is at the triangle area when you enter into the downtown area.

Also in 2016, they did a project for Jim Wallace at Gee Cee's restaurant. The project included pictures of historic Toledo, framed to reside in Gee Cee's. They completed over 50 framed photos. Don Brenner also completed the genealogy for the Wallace and Calvin families; they have been settlers in the Toledo area for over a century.

The Toledo Historical Society has finished a presentation of World War I. The slide show featured events during WWI, original uniforms were presented as were period clothing and sheet music.

The Toledo Historical society sends out newsletters, last year due to COVID they sent out three. They also do one fundraiser a year. This year they are selling cards for weddings, birthdays, anniversary and sympathy. They are also offering two different types of tote bags.

The Toledo Historical Society mission is: Our vision is to create an environment that encourages the community to become involved in all aspects of their history by expanding it's collections and making them available to the general public. The Society acquires, maintains and displays artifacts and documents related to the History of the greater Toledo area and history in general. The Society provides Scholarship funds in honor of each deceased member to those students who the Toledo High School Committee considers worthy of a Scholarship award. The Society also sponsors or undertakes projects that serve the community. The society also publishes books and booklets about the town's history.

For those interested in joining the Toledo Historical Society, please contact Don Brenner at 360-864-8284. They are excited to welcome the new people in the area and hope you will take a moment to learn Toledo history.