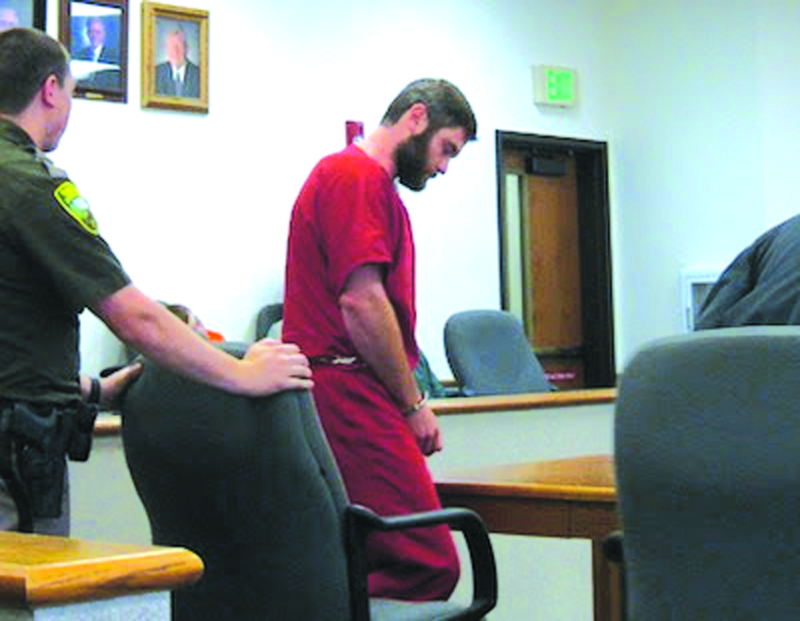 The man arrested last Wednesday for hit and run in connection with a head-on crash in Winlock leaving another driver seriously injured allegedly showed up at a Winlock woman's home that morning looking a little beat up with blood on him, asking for a ride to Kent.

The woman told detectives, Robert A. Hicks told her not to tell anyone, and also left blood on her passenger seat, according to court documents. The early morning wreck on July 24 left 50-year-old Michelle Crosse with broken bones in her face and elsewhere. Her sister-in-law said she was just released from the hospital on Tuesday.

"She's still in a lot of pain," Carla Ladino said. "She's got no teeth, she just got off a feeding tube, she has a broken back and broken feet. It's going to take some time for her to heal, and I hate seeing her in so much pain."

Hicks, 28, was arrested hours after the story and his photo gained region wide attention, through Washington's Most Wanted.

When he was brought before a judge yesterday afternoon in Lewis County Superior Court, his temporary defense attorney said it was his understanding all the media attention prompted Hicks to contact police.

Defense attorney Shane O'Rourke said it appeared Hicks' income did not qualify him for a court appointed lawyer, as he earns about $4,000 a month as an electrician. But if he's held in jail and can't work, he has no other source of income so he probably could not afford an attorney, O'Rourke indicated.

Hicks, who recently moved to Winlock, was charged with vehicular assault plus hit and run.

Charging documents in the case state that detectives concluded the 2007 Acura four-door Hicks was driving was traveling south along the 200 block of North Military Road when it crossed the centerline and hit Crosse's pickup truck.

Detectives suspect he was texting or talking on his phone. Crosse told deputies that after the collision, a male asked her if she could move, tried once to open her door, and told her he was going to call for help. He left walking south, and five to 10 minutes later, a motorist came across her and called 911.

The investigation led to his ex-girlfriend in Kent, the owner of the car, who Hicks reportedly told the car was stolen, but also told her he was texting, according to charging documents.

Crosse, who resides in Winlock, was on her way to work at Safeway in Chehalis that morning, and the 911 call from the passerby came in at about 5:26 a.m.

Ladino attended the court hearing, and left feeling empathy for the man accused of leaving her injured sister-in-law alone on the road. She said she suspects the reason he ran off is because he was scared.