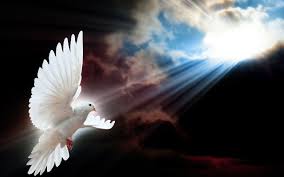 He attended Frances Grade School, Lebam High School, and graduated from Raymond High School in 1941. He entered the U.S. Air Corps in 1942 in Roswell, New Mexico. He was an airplane mechanic and worked on the B-17 bomber.

He settled in Seattle, Washington after the service and married Lila Rieck in 1946. They had 34 years together before she passed away in 1982.

He spent most of his married life in the Los Angeles area working in Hughes Aircraft and RCA. He later became a Massage therapist. He was a member of the Masonic Lodge in Portland, Oregon and the Rosicrucian Order in San Jose, California. He enjoyed gardening, traveling, Tai Chi, and dancing.

He met his second wife, Dorothy Malfatti from Mossyrock in 1999 and they enjoyed 13 years together, living in Hemet California and Mesa Arizona. They loved to polka and enjoyed attending many polka conventions. In 2012 they moved to Chehalis, Washington to be near family.