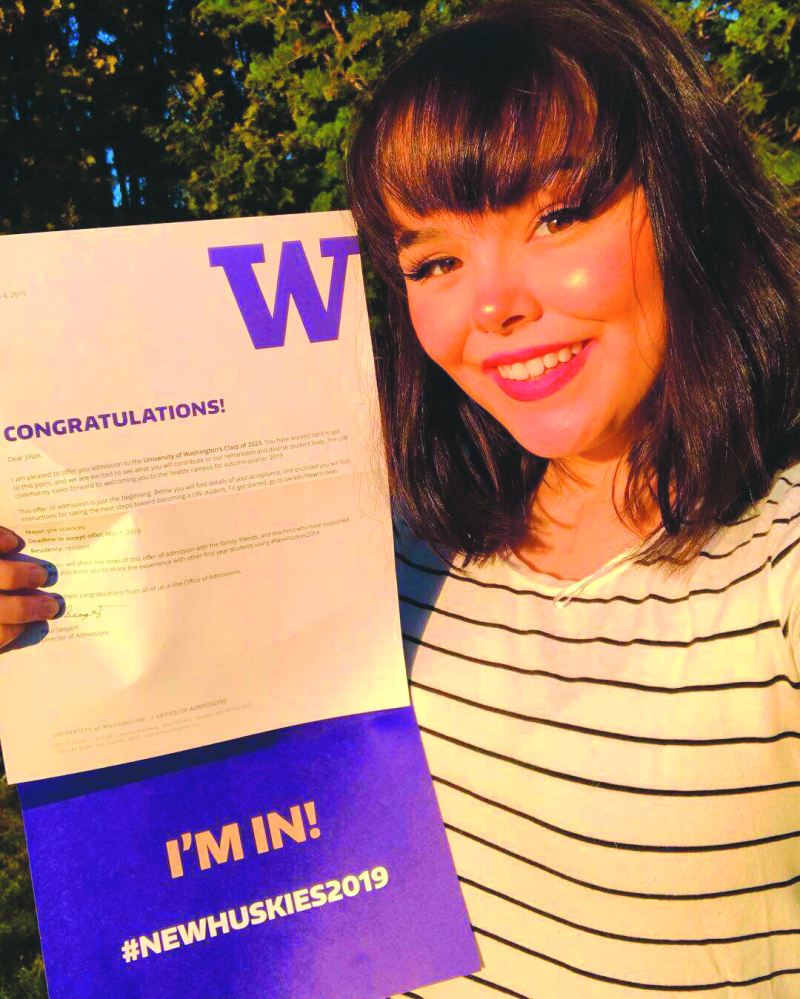 Last summer, I spent an extensive amount of time focusing on two important essays. These essays pertained to the University of Washington and were extremely personal. I felt that these two pieces of work would forever change my life and be a part of the biggest decision I have made.

On September 1, 2018, the University of Washington applications had opened and I was ready to fill out my profile. I was nervous about the acceptance rate, how small my community was, and how I ranked amongst the competition. After reading, editing, and dissecting certain areas of my writing and evaluating my own skills, I was ready to finally submit within the first week of November.

The admission process for the University of Washington is fairly straightforward, but the essays tend to be the essential components. After November, I was informed it wouldn't be until March when I would get any word back from the university.

The last three months I have spent coming up with a back up plan, I applied to other schools and evaluated what career path I would take. Once March rolled around, I was anxiously visiting the mailbox every day. The longer the letter took, the more my confidence drained.

I have proven myself wrong and I challenge more members of the community to do the same. To the students who aren't confident about themselves, take the risk and chase after your goals. Despite my doubts, I had a desire to attend the University of Washington, so I sent an application. Now I have accepted the offer and I will be a future Husky. The results of risk taking may surprise you, it is better to be curious and find answers than to never know.