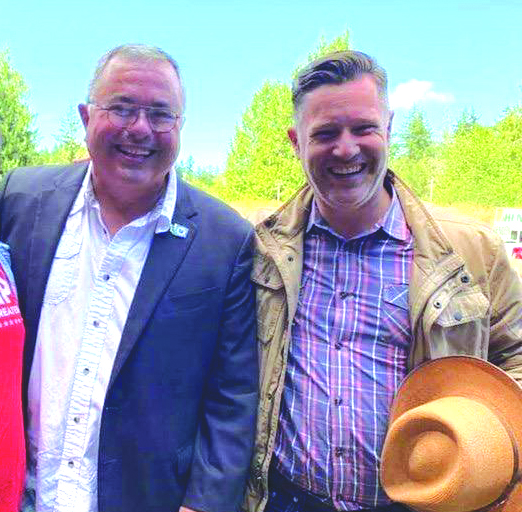 Joshua who lives in the Bothell area understands the changes we need, especially since he is in King County. He stated, "We can't let two Seattle-type democrats be the only option in the Lieutenant Governor's race in Washington. Voters deserve proper representation. One candidate is like voting for AOC and the other votes with Nancy Pelosi 100% of the time. As a fiscal and social conservative, I will represent the citizens who are not being given a voice."

Many wonder what exactly is the role of Lieutenant Governor, the Lt. Governor oversees the Senate. The role is an important one when it comes to bills, as Joshua stated, "The Lieutenant Governor serves as the President of the Senate and can block bad bills being considered. I will work hard to prevent any new taxes, including an income tax, from hitting the Senate floor. Hard-working families need tax breaks, not tax increases." As the state is faced with a budget shortfall due to COVID-19, it will be very important to have a Lt. Governor who will stop unfair taxes for the constituents of the state.

The Lt. Governor has the responsibility to see that trade is handled in a manner to benefit our businesses. Joshua explains, "A lead role of the Lieutenant Governor is overseeing Trade and Economic Development in Washington state. Under the current leadership, we have seen a 27% decrease in exports, prior to the effects of the COVID shut down. I will create trade corridors so producers in Washington state can continue to sell their products around the world and hire new employees."

Joshua Freed was born in Kirkland, Washington. He obtained his bachelor's degree from Seattle Pacific University and a Master's degree from Western Seminary.

His professional experience includes working as an investor and small business owner. He has been involved in many charitable organizations along with an advisory position on the Puget Sound Regional Council on Economic Development. Joshua has been working hard for the people of Washington State for many years, he would like to continue as your governor. He stated, "Please write me in as your Lt. Governor and together we can make Washington a better place to live for everyone."