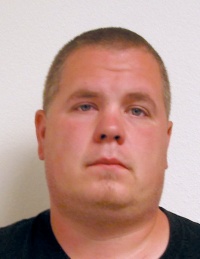 Keith Hinton, 32, is a Level III Sex Offender who has recently moved to the Winlock area.

A Level III Sex Offender has recently moved to the Winlock area, according to a release from the Lewis County Sheriff’s Office.

Keith W. Hinton, 32, has moved to the 400 block of Antrim Rd., north of Winlock, and is not wanted by authorities at this time but is believed to possess a high risk to reoffend based on his criminal history, stated the release.

In 2001, Hinton was convicted in Ferry County Superior Court of child molestation, first degree, and rape of a child, third degree, in relation to the sexual assault of two females ages 13 and 15. Hinton had known the 13-year-old prior to the attack but had only met the 15-year-old earlier that night.

Authorities learned of the crime after one of the victims disclosed the attack to a school counselor and, as a result of his conviction on the aforementioned charges, Hinton was sentenced to eight-and-a-half years in prison and three years under community supervision.

This information is intended to inform the public and not to cause alarm. Those who use this information to harass, threaten or intimidate Hinton will be prosecuted by Lewis County.

Those with questions or concerns are encouraged to contact the Lewis County Sheriff’s Office at (360) 748-9286.