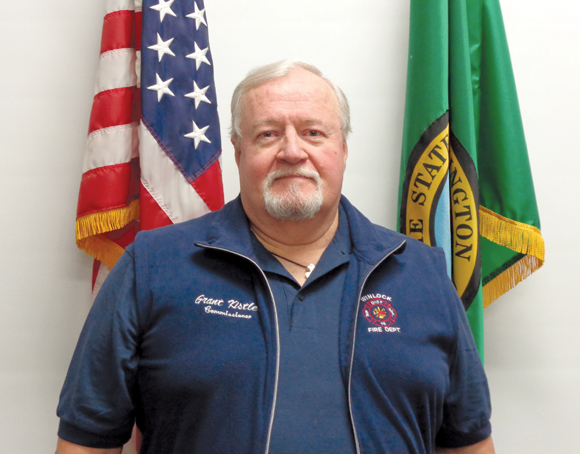 Lewis County Fire District 15 has a new commissioner who has been no stranger to local emergency responders.

Grant Kistler, who moved to the Winlock area with wife Terri in 2009, was elected in November when long-time commissioner Lindsay Chatterton declined to seek re-election, and Kistler said he is fortunate to be serving wither other experienced commissioners who can help him learn the ropes.

Originally involved as a chaplain for both District 15 as well as Lewis County District 5, in Napavine, Kistler said, now that he is retired from Weyerhaeuser, he wanted a way to help the local volunteer and full-time firefighters and EMTs succeed.

“It’s really a calling,” he said of those in emergency response professions. “The time commitment with the volunteers has kind of been an eye-opener.”

He said it is his goal to help provide the resources needed for firefighters and EMTs to do their jobs safely, as well as to reach out to constituents within the district and help them understand how their tax dollars are being spent.

One important aspect of district business Kistler said should be pointed out is an expected ballot measure this November to renew their EMS levy at a rate of $0.25 for every $1,000 of assessed value.

“The public will be hearing more about that,” he said of upcoming news releases, adding, “It’s a matter of our taxpayers helping us so we can help them.”

In the mean time, Kistler said he is an open person who likes input and feedback, and encourages residents to interact with himself, as well as fellow commissioners Stan Hankins and Randy Pennington, from whom Kistler said, “There’s a lot to learn.”