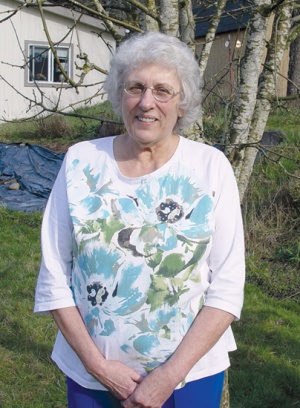 Vader City Council Member Lois Wilson has announced her resignation due to health concerns, leaving a vacated position on the five-person council.

Wilson’s term would have ended this year but an upcoming surgery will keep her from participating in city leadership, she stated during their Feb. 5 meeting.

"I made good friends, all around," said Wilson of her experience in office, which began in 2007 and saw some of the most tumultuous years in the history of the city.

Wilson was serving in 2009 when it was found that $120,000 in debts had been written out of the books, a sum City Hall was able to pay that year but not without closing multiple departments and firing its entire staff.

Wilson spoke very highly of the volunteers who stepped up to help operate the city during the following year, among whom were Pegge Baher, Judi Costello, Jackie Wiber, Eve Foltz, Linda Newton and Leanne Horton.

"I was so proud of Vader and the people in it," she said of the recovery efforts, "There were so many people that came to help."

Coinciding with the budget discrepancies, Vader also lost their water system in a court decision in 2010 due to necessary upgrades it was no longer able to pay for. Lewis County has been the owner of the system since and Wilson has been a party to negotiations with County Commissioners discussing on what terms Vader will receive their system back.

She said the lack of water hookups has put a stop to residential and industrial projects planned before the county’s acquisition of the system and that, if Vader were able to start developing and use its water rights as an income source, the city stands to grow quickly.

"When you’re broke, it’s discouraging," said Wilson, stating she expects County Commissioners to live up to promises made early on, and during recent elections, to return the system to back Vader’s hands.

But the city, as a whole, is on the mend, and Wilson said she is excited to continue participating with organizations such as the Park Board and the Lions Club when she begins to recover.

Wilson’s vacated position is expected to be filled by the council during their Feb. 19 meeting, during which time nominees may be presented and voted upon.

Wilson said she hopes members of younger generations will make the council’s list and be able to bring their ideas and energy to city leadership.