Mayor Dobosh speaks about Cheese Days; its history and Bigfoot 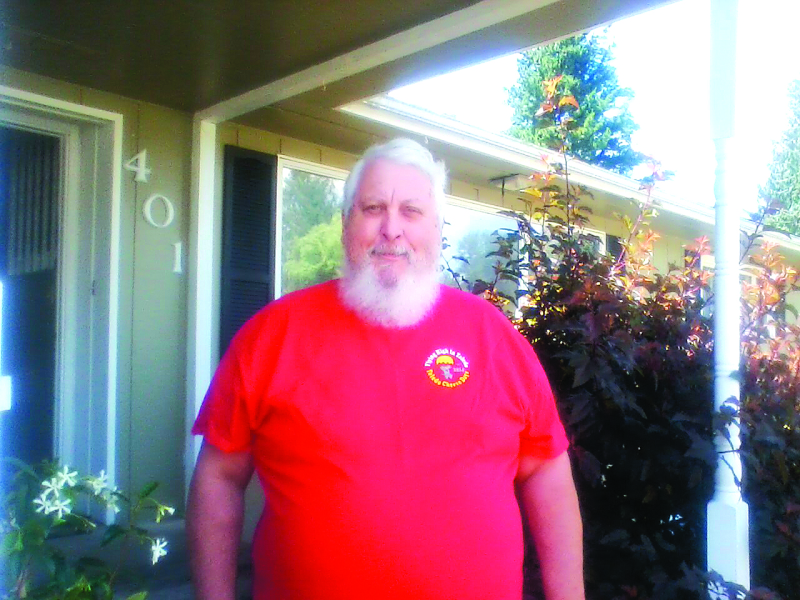 "The celebration of Cheese Days is a special day for residents of Toledo. It's a celebration that has been happening for 98 years and I have looked forward to it every year since I was a youngster," stated Mayor Dobosh.

Mayor Dobosh is the great nephew of Ray Wallace, the famous creator of Bigfoot. "I am proud to carry on the family legacy of Bigfoot. Ray Wallace was a story teller and I enjoyed every story he told. I didn't care if he told it again because the story always got bigger each time he told it. It was a great time listening to him, it was good home entertainment." One thing about the Bigfoot story most don't know is Elna, Ray's wife was in the Bigfoot costume in Humboldt while they were filming but she would not stay in the costume. Her son and my wonderful Michael Wallace stated, "She didn't want to continue because she was concerned someone taking a shot at her after being mistaken for a bear." Elna is in the family films in the costume though.

This year Cheese Days is a little different per Mayor Dobosh. "The Kick Off Celebration at Morgan Arts' Centre is a way to thank former Mayor Pratt for his 3 terms in office. The Borte's have been volunteers in the community every since I can remember," stated Mayor Dobosh.

"Brand new this year is the Cheese Ball at Camp Singing Wind. A good time to remember your youth at this fun dance," per Mayor Dobosh. It's considered a formal ball so wear your funky formal to this fun time.

They also have the annual frog jumping contest but you won't see Mayor Dobosh participating for good reason. "Alan Buswell and I went out in his canoe the night before to catch a bullfrog; I have never been in a canoe so it was new to me. I got in the canoe, reached over with my net to catch a bullfrog. Instead, I fell out of the canoe, got soaking wet and ended up catching a fish and a bullfrog in my net. Somehow, the whole canoe tipped over and Alan got soaked as well. That was the beginning and end of my frog hunting days," he laughed.

"The parade on Saturday is the biggest and best around. We have over 100 entrée's and it lasts for over an hour. You will see things in our parade that you won't see in others. Most importantly, be on the lookout for Bigfoot. I hear Bigfoot is coming out of hiding just for the parade. Come one, come all and you will see him, I guarantee it," Mayor Dobosh continued.

"Sunday, The Lions Club has an awesome BBQ that starts at noon and goes until 2:30 p.m., at the Toledo Community Park. Dale LeeWallace and Don Buswell start at 4:00 a.m. in the morning to BBQ the beef. They serve over 300 people and have done so for many many years, we couldn't do it without them. Dale Lee is also a relative of the bigfoot creator as well, he was Ray's Nephew and was a part of some of the fun," stated Mayor Dobosh.

Mayor Dobosh was not able to discuss every event (the paper did not have room) but he is excited for the four days of Cheese Days to begin. He is looking forward to seeing everyone there, whether you have lived in Toledo for years or you are a newcomer, all are welcomed and invited. You will see Mayor Dobosh around town; his birthday is the 13th so don't forget to wish him a Happy Birthday.

This might just be the best Cheese Days yet. Looking forward to seeing everyone there.