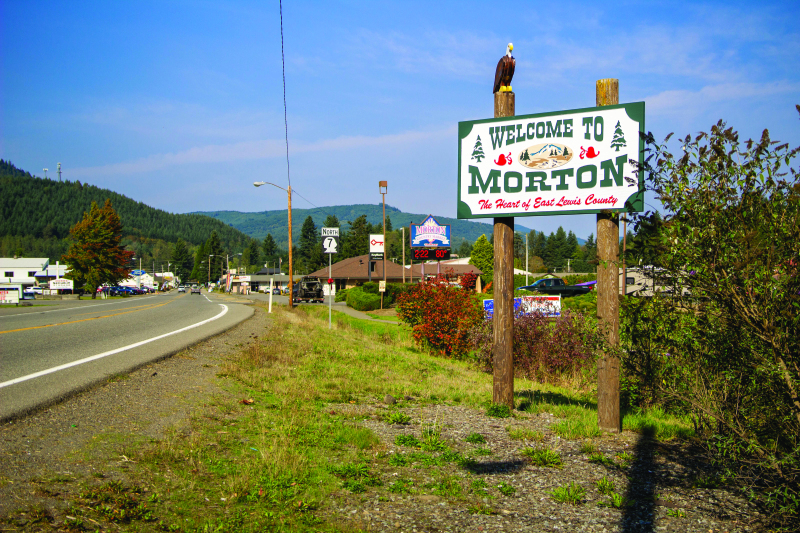 On September 28, a few hundred people showed up to the City of Morton's monthly Council Meeting to support the City's Police Chief, Roger Morningstar, while only a handful of people opposed.

Prior to the council meeting, a Facebook group called Southwest Washington Anti Racist Movement (SWARM) urged its followers to attend the council's meeting and demand Chief Morningstar be fired. According to SWARM's Facebook page, they want Chief Morningstar to be fired for apparently not enforcing masks even though no other law enforcement agency in Lewis County is actively enforcing masks. SWARM is singling out Chief Morningstar and attacking him. Also according to SWARM's Facebook page, the group believes we live in a racist society, that law enforcement is systemically racist, they support Black Lives Matter, and want to defund the police.

Inside the Bob Lyle Community Center where the council's meeting was held, seating was limited due to social distancing rules, but outside hundreds of people gathered. A lottery system was used prior to the start of the Council's Meeting to randomly determine who may attend inside.

Prior to the council meeting, Rick Yearout and Amnesty International each contacted the City Clerk and were placed on the Council's agenda for the meeting. Rick Yearout, who is not a Morton resident, intended to make complaints about Chief Morningstar and demand the chief be fired. Amnesty International intended to show a video to the council about police being racist.

At the beginning of the council meeting, the council struck Item 2 (Amnesty International) and Item 8 (Rick Yearout) from the agenda. By law, the council sets its own agenda. "A city council meeting is a business meeting of the council to conduct the city's business," said City Attorney Jim Buzzard. "The council's agenda is for items in which the council will take formal action on behalf of the city." The council correctly decided Mr. Yearout's complaints about a city employee should not be heard and discussed in a public forum. Mr. Yearout's complaint should be handled like any other and not placed on the agenda. Amnesty International's presentation had nothing to do with the business of the city, and there was no action for the council to take in regard to its proposed presentation.

The correct process is to file a complaint with the mayor, and there has not been one complaint about Chief Morningstar not enforcing the mask mandate. That's where they should start. If they do not get the response, then a meeting should be made with the mayor. The mayor is the hiring and firing authority for the Chief of Police. Mayor Dan Mortensen stated, "We encourage our citizens to reach out to city hall if they have concerns. We also have public comments during our council meetings, we want to hear from citizens." Mr. Yearout has not filed one complaint with the City of Morton, nor has he attempted to contact the mayor, a process that should have taken place before the council meeting.