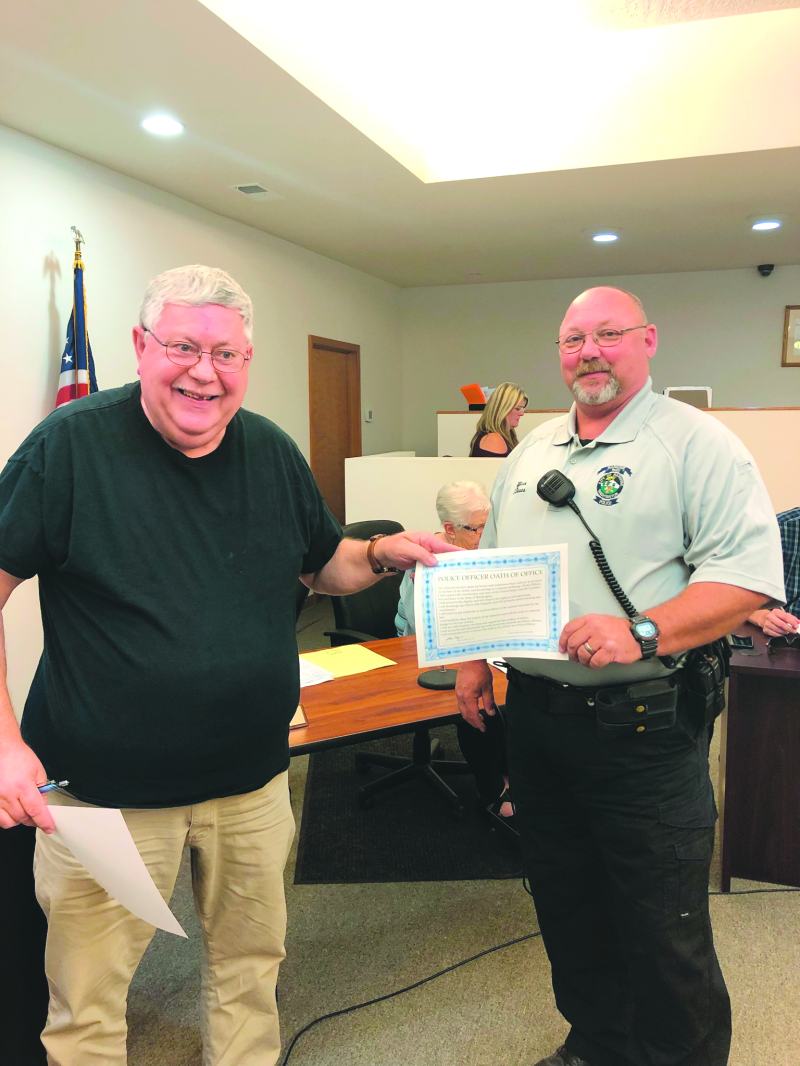 Per Chief Chris Salyers, "We are happy to have officer Steve Dawes join our team in Napavine. He comes with many years of experience and will be an asset to the city. He will be here to help the citizens of Napavine and to assist in investigative work as well."

Officer Dawes worked for Chief John Brockmueller of Toledo starting in 2008. Chief Brockmueller stated, "he started with us in 2008 then the recession hit. He went to Tenino for a few years and came back over with the interlocal agreement with Winlock in 2015."

Chief Brockmueller continued, "he comes with decades of experience. He is an excellent investigator. I utilized him for all of my investigation work on fraud, child abuse cases especially sexually assault cases."

"He was instrumental in solving the Winlock Handi Store robbery in three days, it was all over with," continued Brockmueller. "Due to the ending of the interlocal agreement with Winlock we had to eliminate two officers, one being officer Dawes. Officer Dawes may not seem friendly at first but once you get to know him, he is a great guy," per Brockmueller.

"He is an asset to Chief Saylers, he will appreciate having a great investigator on his staff, but an even greater asset to the community because he wants to help the citizens," continued Brockmueller.

"His matter of fact attitude can be hard to get used to, but he follows the law and will do everything in his power to help the citizens of Napavine," continued Brockmueller.

We look forward to good things from you Officer Dawes and welcome to the Little City on the Hill, Napavine.