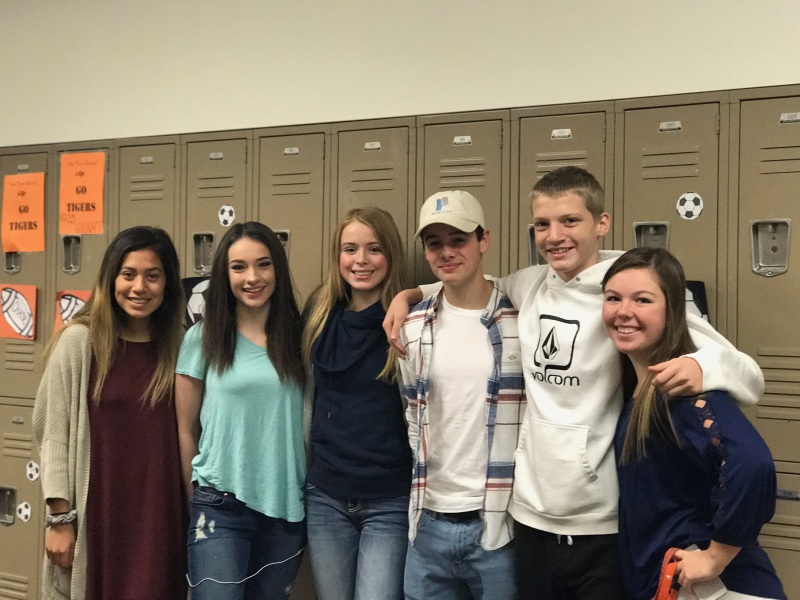 The first Tuesday of November Napavine honored our veterans in the community. Veteran's Day was honored by the school by having no classes on Nov. 10.

As veterans walked in, the students clapped and cheered. There were more than a dozen veterans taking a seat in our gymnasium. Stars were made and plastered on a paper flag to symbolize the veterans who couldn't attend.

The assembly started off with Napavine's choir singing the Star- Spangled Banner. Mollie Olson, Napavine's ASB president welcomed the veterans to the school.

Every veteran was given the opportunity to introduce themselves and list their branches and years in service. Some present and past teachers were presented as veterans during the assembly; Mr. Misch and Mr. Macomber. The meaning of Veteran's Day was explained and emphasized by the ASB officers. "Friday Harbor" played by the band followed the introduction.

After the song, the ASB team set up a table to symbolize our veterans that never return home. A moment of silence occurred. Many students thought of loved ones who were veterans. The song "Taps" was played by Noah Cole.

Flowers were passed out and quotes were read afterwards, once again thanking veterans for their service. The Napavine Band then played the songs of each military branch; "Salute to America's Finest", "Anchor's Away", "The Wild Blue Yonder", "The Marine's Hymn", "Semper Paratus", "The Caissons Go Rolling Along".

Later in the afternoon, a substitute teacher told the Pre-Calculus class, "Napavine's band is one of the best. Mr. Craig is a phenomenal teacher."

A powerful PowerPoint presentation was shown on screen. The video commemorated our veteran's time and services. Mollie Olson concluded the assembly with how to thank someone in our community and where to donate. Napavine school did an amazing job of showing our thankfulness for the veterans in the community.