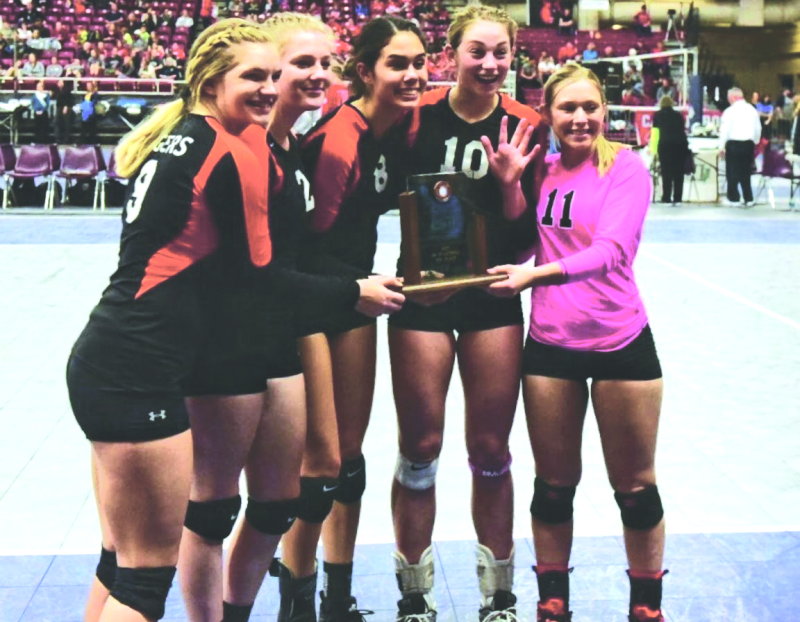 On Nov. 9, the Napavine volleyball team left for the State 2B volleyball tournament. After a long drive to Yakima, the girls settled into their hotel. In the Sundome, the girls were anxious to start. The team faced a loss with Colfax, but would win their two games on Friday. The only teams the girls lost were in the championship. The seniors were Melissa Lee, Abbigail Music, Tyler Colburn, Mollie Olson and Madelyn Thompson. The senior girls have attended the State volleyball tournament every single year of their high school career.

The girls were fairly happy with how things went while playing. Ada Williams, a junior at Napavine high school stated, "I'm just thankful I got to play this last season with these seniors and it'll be sad to see them go."

Ada and several other players had a lot of bittersweet moments with the senior girls at state. Despite a loss in the beginning, the girls had lots of fun after and before games. Many of them spent their last time together, bonding with one another. The team went out for a well deserved, nice dinner while in Yakima. A lot of the girls are extremely close and have a tight knit, family like relationship. Together, the team was able to work hard and play hard in the Sundome. Their contributions and work ethics paid off in the tournament. While driving back home, the team seemed closer to each other than ever before.

"We got the highest placing we could get," Melissa Lee, a senior added. "I am glad to say I got the privilege to go to state all four years."

The volleyball team did an amazing job while at state. The season ended on a good note with the girls winning their very last game of the season. The Napavine volleyball team finished at 5th place, earning a plaque for the school.