Pennington honored as Volunteer of the Year 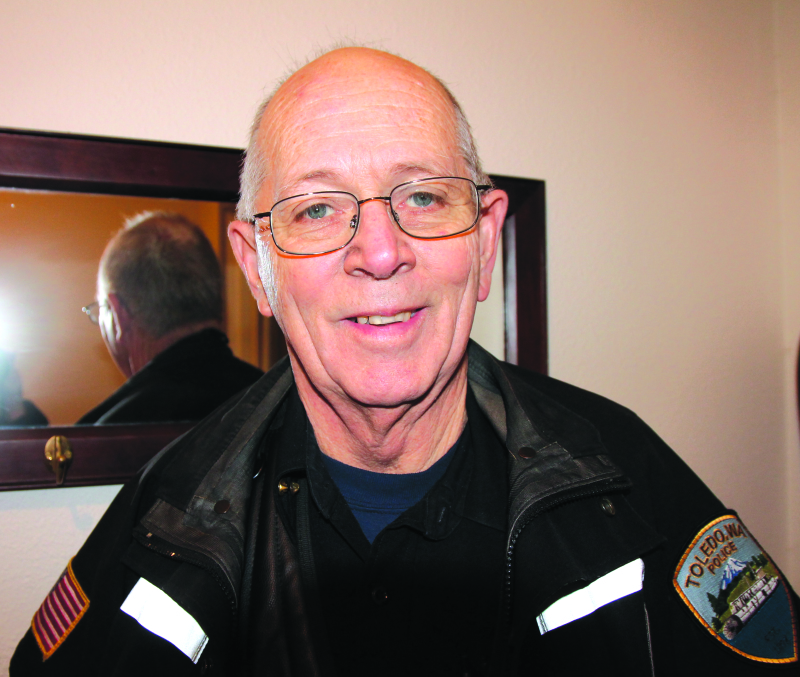 The vote was put before the City Council and Randy won the award by a majority. Randy volunteers at least 30 hours per week regularly. Randy is one of those guys who live for the community; he is a true hero to many of us.

Dowell indicated he was proud to present the award to someone as deserving as Randy, stating, "The service we have received from Toledo has been exceptional and Randy volunteering over 30 years has been an asset to the community. We want to take this opportunity to thank him for his dedication to the citizens of not just Winlock, but Toledo and the surrounding area."

"I am so lucky as a chief to have such a dedicated reserve officer," added John Brockmueller, chief of police for Toledo. "Randy goes above and beyond what is required of him as a reserve officer and what is more amazing is he has done it this way for 30 years. As a reserve officer you do not get paid for your time. Over the past 30 years, Randy has saved the city [and] citizens thousands of dollars just in labor costs. I, as a chief, value all reserve officers, but Randy is one that I just don't know if there is another one out there like him. He is a major part of the Toledo Police Department's success in law enforcement, and I feel he is very deserving of the Volunteer of the Year Award. I very much appreciate the City of Winlock for recognizing Randy and all he has done for both cities."

Carrie Pennington, Randy's wife, stated, "I am very proud of Randy. If anybody really knew the amount of hours he volunteers, they would be surprised, and he does it consistently. Randy volunteers an average of 30-40 hours per week as a police sergeant and also as the fire commissioner for Winlock."

Randy, we in the community would like to thank you for your years of dedication. Winlock is a great little city because of people like you!