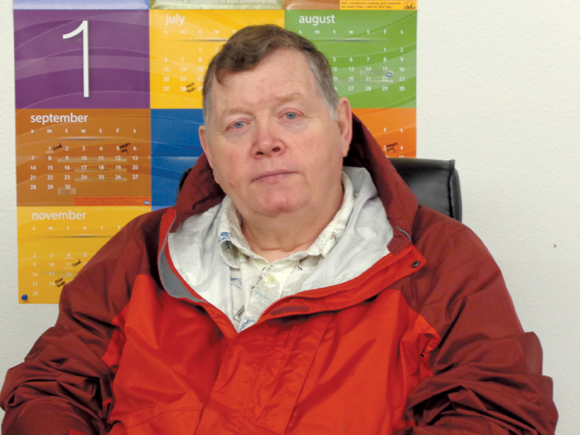 Toledo Mayor Jerry Pratt has announced his bid for the Lewis County Commission.

Toledo Mayor Jerry Pratt has announced his bid for a seat on the Lewis County Commission and said he hopes he can bring his 12 years of experience in small-town leadership to the rest of the county.

Having served initially as a Toledo city council member in 2002, he was elected to the first of three mayoral terms in 2004 and said he originally became involved in civic leadership out of an interest in supporting his community.

“This is something that I’ve been thinking about for four years now, actually,” he continued. “I thought about it before I made my last run for mayor.”

While serving in Toledo, Pratt has seen a number of challenges face the city, including the struggle to keep businesses open—including his own—after the recession began in 2008, challenges to the city’s freedom of information policies and law enforcement practices, in which Toledo eventually prevailed, and the struggle to finance and build a new sewer plant, for which construction is expected to begin later this year. (See more sewer news on page 6.)

Pratt said he expects these experiences to translate into the office of County Commissioner, where he would be charged with both the executive and legislative duties of Lewis County.

He said, as commissioner, he would represent the entire county, but especially the small communities in District 3, for which he is running against incumbent Lee Grose.

“I think being from a small town actually helps,” said Pratt, “because I know more of what the small towns could use in the way of help that the county does or doesn’t do at this time.”

Pratt said he would like to see Lewis County make more deliberate strides toward flood control, stating it is time to “get something done” and not simply talk about what to do. He added jobs continue to be a challenge, particularly for his area as well as East Lewis County, and he would like to do what he can to encourage industrial and commercial growth.

When asked what he expects from the campaign trail, Pratt said he has little to go on, as he has not needed to actively campaign for the offices he has obtained in the past.

“I’ve still got a lot to learn, as far as campaigning goes,” he said, stating he does not yet have a campaign manager but is expecting to fill the position soon. “I hope to be able to come up with somebody here quick.”

He also said he expects to run as an independent, stating he sees valid points on the part of both major political parties, but chooses to ally himself based on who is best for the job.

If elected, Pratt could noc longer hold the office of Mayor of Toledo, according to state law, and current Mayor Pro-Tem Nate Cook would succeed Pratt until the City Council appointed a new mayor.

In the mean time, Pratt said he does not expect his campaigning efforts to affect his leadership of the city.