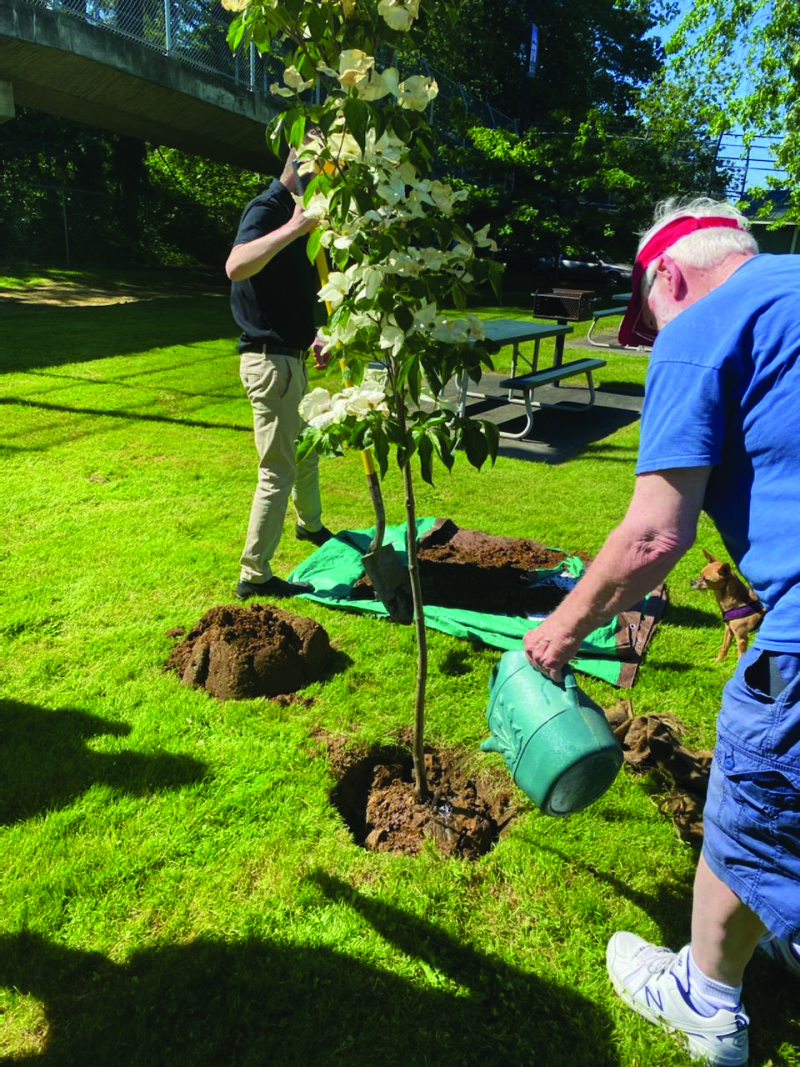 A dogwood was planted in Mayme Shaddock Park to honor Jim Haslett.

Saturday, June 25 was a day to remember a man who served the City of Napavine for many years, both as a business owner and a city council member, Jim Haslett. The family had a wonderful memorial service at Napavine Assembly of God. Speakers were Duane Johnson, Tim Johnson, his Grandson JT Haslett, and a former pastor Don Ross. A letter, written by former Pastor Don Ross, was read by Pastor Jim Smith. He was remembered as a man of faith first and foremost.

After the memorial service, they moved to Mayme Shaddock Park. Mayme Shaddock Park was a park he mowed, raised money for and so much more. Mayor Shawn O'Neil read a proclamation on behalf of the city. Edna Fund had a great speech about Jim and then finally they planted a dogwood tree in his honor. When the old area had to be torn down for safety, Jim made it clear he wanted to see another one built. The family has asked that all donations go to the City's park fund for Jim Haslett.

Shawn O'Neill, Mayor of Napavine stated, "I was honored to be asked to read the Proclamation the city made this past spring in recognition and appreciation of Jim's Civic Service, and his dedication to Mayme Shaddock Park. Jim's spirit of community involvement and building relationships is an example to us all. We look forward to getting everything lined up for the new kitchen at the park, a project Jim started a few years ago."

Jim is survived by his wife Laverne and daughter Carrie. He is preceded in death by his son Kirk, daughter Kelly and grandson Bryson. He is now in heaven, visiting with all his family.