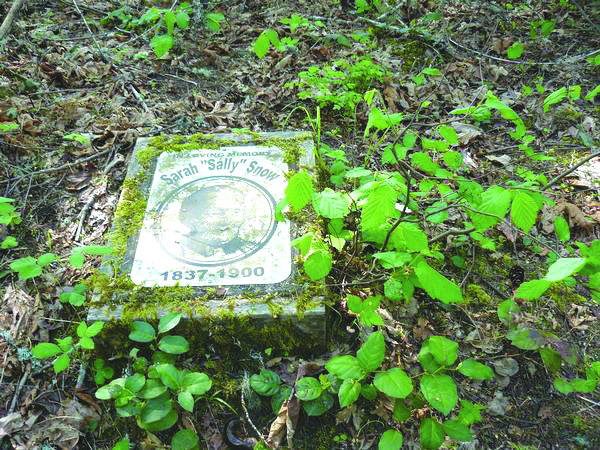 South Lewis County is made up of a few small towns that make it a great area of Lewis County to live in. South County, as a few call it, is home to Winlock, Toledo, Evaline and Vader. Ryderwood is in Cowlitz County but we think of them as part of South County. These small communities are made of people who enjoy country life; it's a way of life for everyone who lives here.

Our small cities are changing, people have learned that we have a beautiful area, reasonable home prices and an area rich in agriculture. Yes, times are changing but the importance of history will never change. Each city has their own history and some are more known than others.

Toledo has a history and many have heard of Steamboat Landing but the newer residents may not know that it was steamboats that built the City of Toledo. In 1818 Simon Plomondon, who was a Canadian fur trader, came to the Cowlitz Prairie. In 1851 though, several men came together at the Cowlitz Landing known as the Cowlitz Convention to pressure Congress to separate the area from the Oregon Territory. In 1853, due to the Cowlitz Convention, Washington Territory was formed. In 1861 the first steamship arrived and many continued up the Cowlitz River to the rich agricultural area. Toledo was named after a sternwheeler, named by Mrs. Kellogg. Not only does Toledo have a history of steamboats, it was what brought many settlers to Washington state.

Many know about Winlock and the World's Largest Egg, but did you also know about Brinson's Hollow? Brinson's Hollow is an area off of Hemingway Rd., known to be around the 100 block. Inside Brinson's Hollow is a cemetery which was part of the Snow Family. In 1888, Margaret and Joseph Snow left Tennessee and moved to Winlock, building their home in what is now known as Brinson's Hollow. The home burned down in the 1950s but the cemetery remains. Several people over the years have claimed that the property is haunted. There are many around Winlock who have experienced unusual happenings at Brinson's Hollow. It is now owned by a timber company with the graveyard sitting in the middle.

In Napavine, early settlers John and Mary Jane MacDonald set up their home in the area of Koontz and Jordan Rd. but it was a plunging love story that brought the two together. Mary Jane with her family left London in 1851. They arrived in San Francisco and on her way off the ship, the plank gave way, plunging Mary Jane into the San Francisco Bay. John MacDonald Jr. rushed into the cold water and saved her, staying with her until help arrived. The Cutting family set sail for the Oregon Territory in 1852 and John and Mary Jane were already engaged. In 1853 John arrived and they were married later that year. Over the years, many travelers enjoyed MacDonald station, enjoying Mary Jane's breakfasts. A plunge that brought many years of history to settlers in what was the Oregon Territory.

Vader has a rich history in logging and a railroad running right through it, but did you know it had a couple of names before it became Vader. Vader started out as Little Falls, where there were saloons, restaurants, hotels and a population of a few thousand. It was actually the railroad who at first changed the name, from Little Falls to Sopenah. The reason they changed it was because there was already a Little Falls in Minnesota. The townsfolk did not like the new name so they decided to change it to Vader. Mr. Vader, who was a German immigrant and Civil War Veteran, agreed to the name change. In 1913, the town officially became known as Vader. In 2015 residents voted on changing the name back to Little Falls, it was a 3-2 margin vote and Vader was retained.

Evaline has a little history of misspellings. Sedate W. Porter founded the town of Evaline and established a post office in 1906. The Northern Pacific Railroad started an operation from Kalama to Evaline which was a 25 mile stretch in 1872. The town was named after Porter's wife Evaline. For years though, the railroad used an incorrect spelling and called it Eveline. They used the incorrect spelling for sometime, eventually changing it. Thankfully, a new school was erected in 1883 where students still attend today. No doubt the students could teach the railroad a little something about spelling the name of their little town!

Ryderwood is the first planned development in the area, even though they didn't call them planned developments in 1923. Ryderwood was built for loggers to live in, this is the day when the logging camps had homes, families, schools and everything else that many cities had. Many babies were born in Ryderwood, it was a family town. They had anticipated that the logging operations would go on for 100 years, but due to technology it only lasted 30 years. In 1953, Ryderwood went from a logging town to a retirement community which it is still to this day.

Every small community we have in South County has a story, many families have been in the area over 100 years, contributing to the history for many years.

South County is the most beautiful part of Lewis County, rich in agriculture and rich in history.