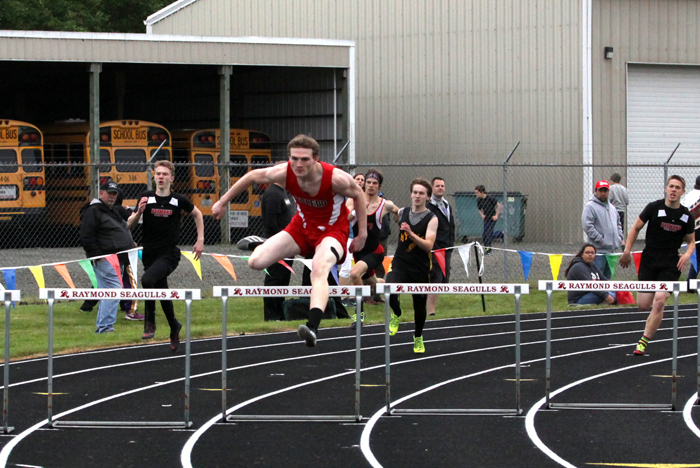 The Lady Rockets began post-season play with a 15-0 loss to Montesano and then turned around and defeated Tenino 5-2 to stay alive in the tournament. CR was scheduled to play Elma on Saturday, May 23.

The Lady Cardinals shone in the first round of the District IV Fastpitch tournament with a surprising 18-8 win over Ocosta. Losses to Napavine and Toledo eliminated them from the tournament. They held a lead late into the games against Toledo. Winlock finished the season with a record of 3-20.

The Toledo fastpitch grabbed at least one victory in the Central 2B tournament being held at Borst Park in Centralia. The Lady Indians lost 7-2 at the hands of Onalaska in the first round. In the consolation round, they came back to beat Winlock, 8-6 in an exciting rivalry match. Later in the evening, their season ended with an 18-4 loss to Pe Ell/Willapa Valley. Toledo finished their 2015 season with a record of 4-17.

Both Winlock athletes that qualified to the District IV Track and Field Championships made it to the state meet next week in Cheney. Senior Evan Mitchell qualified in both the javelin and 400 meters. Sarah Howsden also placed well enough to go to state in the javelin.

Toledo placed six athletes into the WIAA State Track & Field championships and boasts two district champions. Senior Daniel Echtle ran away with the 300 intermediate hurdles with a time of 41.68. Echtle also placed 2nd in the 110 high hurdles and qualified in the triple jump. Forrest Wallace won the high jump and also placed well enough in the triple jump and 300 hurdles. Other Indian athletes to qualify for state include Ashton Frazer in the 3200 meters, Courtney Moore in the 100 meters, Josie Bowen in the shot put and Freshmen Ally Bacon in the javelin. The Toledo boys placed 5th among the 19 teams in the District IV team competition well behind champion Raymond.