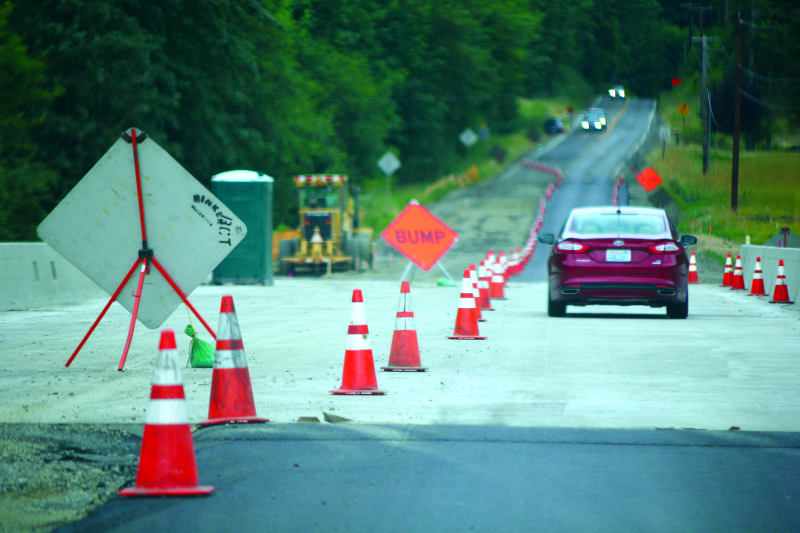 Traffic has been working its way slowly through construction on State Route 6. The delays are expected to last through the summer and hopefully open to full traffic by fall this year.

For those traveling along SR 6, just outside of Pe Ell, you are very aware of the additional time it can take to make it through the construction chicane to get in and out of the zone.

The construction that has been going on to improve the Bridges at Rock Creek has been running officially since March 2015.

The replacement of two concrete bridges built in 1924, when Calvin Collidge was President, will improve the safety and mobility by providing a wider structure with 12-foot lanes with an additional 6-foot shoulder on each side.

"With new vehicles and wider loads traveling along the route, we had to expand the width of the area," said Bart Treece, WSDOT Communications for South West Washington.

The age and condition of the two bridges were found to be too narrow to accommodate the types and numbers of vehicles currently utilizing the highway. Furthermore construction does not meet current seismic, flood or structural standards being employed today.

At a combined cost of $14.5 million both the Rock Creek East and West bridges will improve future traffic safety and mobility by improving the structural standards to meet current federal requirements.

Current progress is on track for a finish time in the fall of 2015, and the construction has seen little in the way of setbacks.

"One thing that did happen was that one of our girders that was being transported in, was hit in traffic outside of Raymond," said Treece.
The girder was inspected and found to be usable for construction as no damage was found.

The project is moving an estimated 1,500 vehicles daily through the construction zone and has already allowed two-way traffic in some areas. But periodic alternating traffic will be on and off during the final phases of construction to be completed.

"We will soon be able to raise the speed limit back to 55 miles per hour."

No immediate dates were provided for the increase in speed or the final dates of construction as it is a day-to-day operation but the warmer days of summer has helped get the most out of a day of work for the area.

Demolition of the final bridge is also scheduled soon.

"We will be able to do new painting and sealing of the bridge with the increased speed limit, but it is still a construction zone and people need to be aware of the crews working and take caution to pay attention while driving through the area," said Treece.