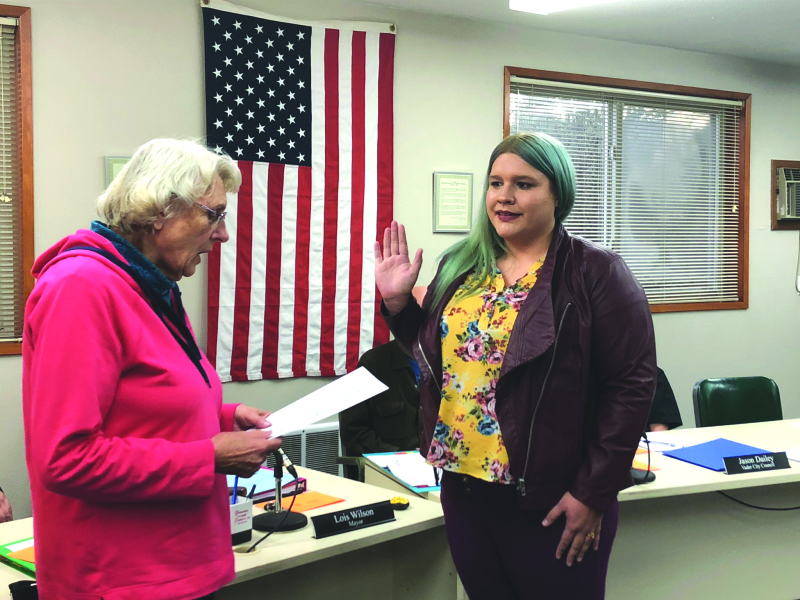 On Thursday evening at 5:30 p.m., the Vader City Council and Mayor Wilson met to hold their budget workshop, a Public Hearing on the budget and finished with a Vader City Council Meeting. The unusual part is, the citizens were involved in all three meetings.

During the workshop, it was mentioned the reason for the current deficit is due to the second half of property taxes not being received. These funds are typically received in November. It is not unusual for cities that have limited revenue to run a deficit until the funds are received.

The law enforcement budget is increasing by approximately 10% for the dollar amount of $87,120. This amount also includes jail services and dispatch fees.

This budget remains far below what other municipalities pay for law enforcement departments.

The minimum cost for a single police officer, including benefits, vacation, comp time, and overtime is above $80,000 annually.

Additional costs for a police department are: purchasing a vehicle, outfitting officer uniforms, and equipment (approximately $25,000), dispatch, jail services, fuel, and insurance. This cost would easily exceed $125,000-$150,000 for the first year alone. Plus, most municipalities are paying signing bonuses of $5,000 or more. Law Enforcement is the highest cost to every city; Vader appears to have those costs down.

Municipal Research is the resource that every municipality follows. In an article from Municipal Research in August 2019, they advise against back and forth dialogue stating, "While listening with attention (during public comment) is critical, we believe that it is best not to enter into dialogue with the public during the meeting." Municipal Research guidelines for new council members also states, "Occasionally, city councils are criticized for limiting the time allotted for public comments during council meetings, but it should be made clear that the council meeting is, first and foremost, a business meeting. The goal of a council meeting is to conduct the city's business, not to offer a public forum, and thus, limiting the public comment period is not a violation of the First Amendment."

The first item on the agenda was to swear in new councilwoman Samantha Lovelady. Mayor Wilson swore in the new council member, and Ms. Lovelady took her seat.

During the city council meeting, the council approved a Resolution for Towzen and Towzen as their building official/code enforcement agency. The Council also gave permission for the Vader Lions Club to use city hall for their meetings.

The longest discussion during the council meeting was on obtaining a terminal for processing credit card transactions in Vader City Hall. Currently, the City of Vader residents do not have access to use a credit card in city hall. It was asked if the city could assist citizens by inputting the card information online via a city computer or by allowing citizens to use city computers. Due to the city having to adhere to public records requests and secured computers, they would not be able to keep information private and secure. Whereas a credit card terminal is encrypted.

Mo, a Vader citizen worked with the individuals who developed the Forte credit card processing system, she stated, "they can update via the cable." Shortening the time in which the city receives funds.

After much discussion from the audience, the city council voted to continue with the contract. This will allow residents to pay all permits and fees along with water and sewer bills in City Hall. The initial cost of the terminal is $300. Per Credit Card Processing.com, a terminal will last an average of 10 years. The cost to the citizens equals around of $0.50 for 10 years. Convenience for the citizens for less than a penny a month per citizen, Vader is going high tech!

The Vader City Council and Mayor Wilson held a business meeting. It was orderly as a council meeting should be. Citizens were patient with the new process; they asked questions, and questions were answered. City Council openly deliberated, asked questions, and followed a modified version of Robert's Rule of Order. Mayor Wilson facilitated the meeting, and she did not interject her opinion; it was a council meeting with citizens mixed in. Vader, you should be proud, it was an informative business meeting.