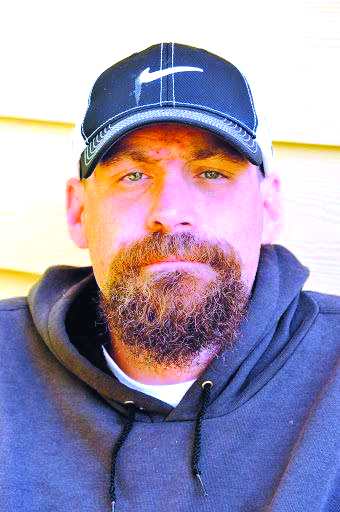 Beginning August 16th, prosecutors will try for a third time in 16 years to convict someone for Sharon Cox's murder.

The then 49-year-old Cox, the manager of the Bridgegate Apartments in Longview, was found bludgeoned and strangled in her home on Feb. 7, 2000. Prosecutors twice tried her son, Donovan Allen, and got a conviction in 2002 for aggravated first-degree murder (Allen was 21).

Allen, now 35, had confessed to murdering his mother -- with whom he admitted to having a troubled relationship -- but later recanted, claiming Longview police had forced a confession out of him.

A law clinic based out of the University of Washington, the Innocence Project Northwest, requested in May 2015 that case evidence to be retested for DNA using techniques unavailable when Allen was convicted.

Those tests turned up Kitts' DNA on the neck area of Cox's bloodied turtleneck sweater, the collar of her denim shirt and the Marlin rifle barrel used to bludgeon her. Neither the turtleneck or rifle had Allen's DNA on it, according to the WSP Crime Lab report in the case. Definitive results weren't obtained from testing the denim shirt, though the WSP report states that the DNA mixture on the collor of the denim shirt "is 19 million times more likely" to come from Cox and Kitts than Cox and an unrelated individual.

Kitts was arrested and charged with aggravated first-degree murder with a firearm enhancement. Allen, however, is expected to testify during the two-week trial.

Also expected to testify are Cox's husband Gerald Cox, Allen's then-fiancee and mother of his child Bonnie Walker, and Northwestern University law professor Steven Drizin, who wrote the memo in support of Allen's claim that Longview police forced a confession out of him.

In court documents, Kitts' lawyer Kevin Blondin previously argued that the state had no other evidence besides the DNA to connect Kitts to Cox's murder.

Prosecutors responded that they believed Kitts was guilty because he was the last person to see Cox alive and because his DNA was found on the collar of her denim shirt (where she was strangled) and on the murder weapon.

If convicted, Kitts would get life in prison. Prosecutors are not seeking the death penalty.