Children from the Ugandan Orphans Choir were met with a packed house March 6 during their evening performance at Toledo First Baptist Church.

One of many stops to be made during their 2013 tour, the performers, five boys and five girls ages 10 to 12, shared both contemporary gospel songs in English and traditional Ugandan songs in Swahili, set to rhythmic tribal drumming also performed by the children.

Tour Leader Josh Almond said it is the goal of such performances to connect those in America and other western countries with children living in impoverished nations, showing they are just as curious and excited as kids in our own neighborhoods. Organized through Childcare Worldwide, the choir will be visiting with dozens of different churches and organizations through November all across the country.

While on the road, the children and organizers stay in housing offered by host families, who share their roof for a few days before the choir moves on to their next venue. While on the road, the kids receive regular lessons from instructor Alice Nambasa, with Almond stating education is one of the primary goals for the children, many of whom stated they would like to become educators themselves when they grow up.

But Almond stressed to audience members the reality of the children’s circumstances, stating they will eventually return home to a developing country with a delicate infrastructure and no parents of their own. He said one of the best chances children like them have of breaking the cycle of poverty is to send them to school and make sure they are well-fed and have medical care. He offered a chance to sponsor specific children, of which pictures and information were made available after the show and were met with positive responses from those in attendance.

For more information, including their tour schedule, how to book the choir or to sponsor a child, visit www.childcareworldwide.org or call 1-800-553-2328.

Childcare Worldwide is a non-profit, faith-centered organization based in Bellingham and active in Haiti, India, Kenya, Uganda, Mexico, Peru, Sri Lanka, the Philippines and Thailand. 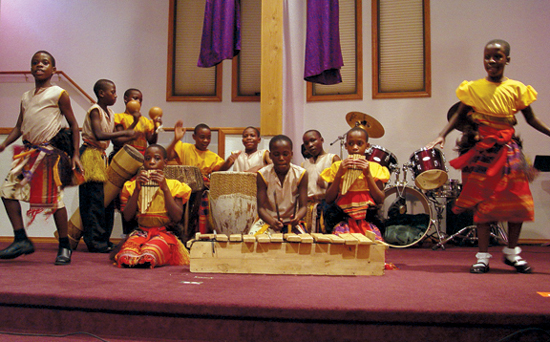 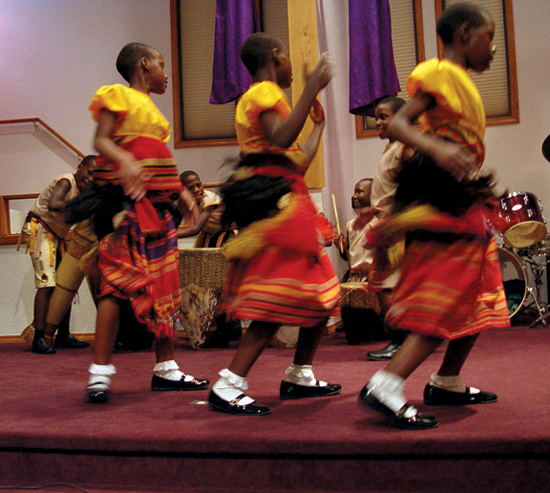 Performers dance to a song about harvest time, one of several Ugandan traditions shared with local residents that evening. They also sang contemporary gospel songs during the night, many of which would have been familiar to the crowd. 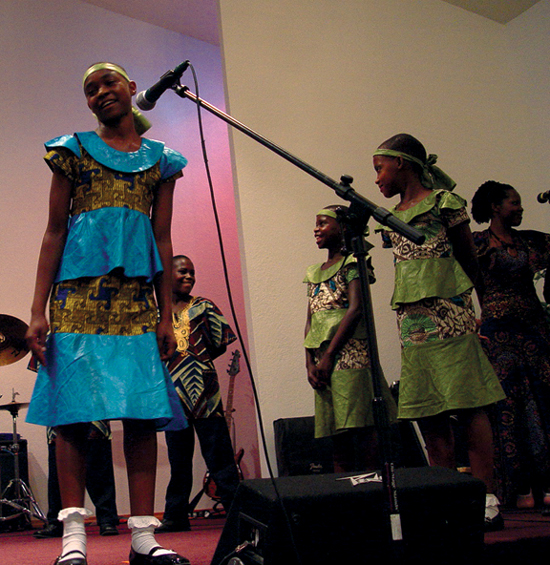 The children, ages 10 to 12, line up to share about themselves, including what they would like to be when they grow up. Many of them said the would like to become teachers of some kind or another, which Tour Leader Josh Almond said is common because of their first-time exposure to education through Childcare Worldwide, the group who sponsors and organized the choir. Childcare Worldwide’s stated goal is to foster the bodily, mental and spiritual growth of children in developing countries, and Almond said a strong education is integral to that growth.