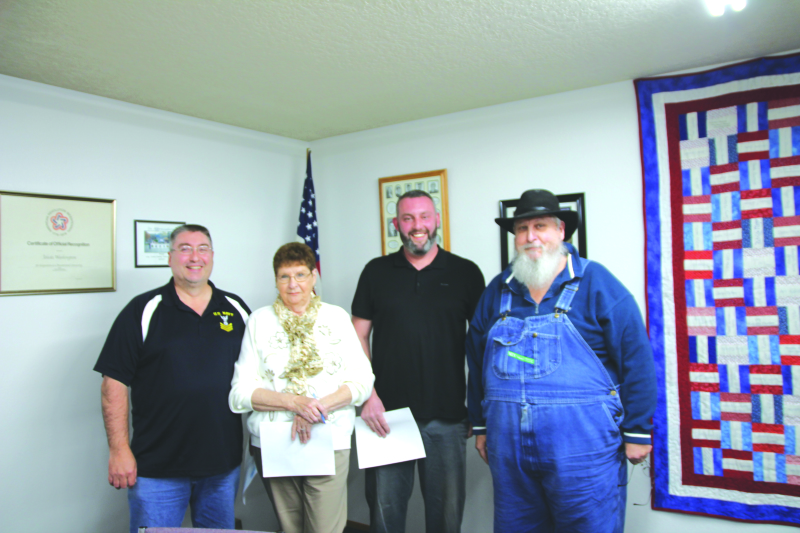 RCW 42.12.070 is very clear, "As provided in chapter 29A.24 RCW, each person who is appointed shall serve until a qualified person is elected at the next election at which a member of the governing body normally would be elected. The person elected shall take office immediately and serve the remainder of the unexpired term." The word "immediately" is what the former Winlock City Council failed to do, immediately swear them in.

Lonnie Dowell, former Mayor and new council member stated, "At the 25th of November council meeting it was requested for a special meeting to swear in the newly elected officials, but the Winlock City Council refused and said we would have to wait until the 9th of December. With the outgoing council all saying their goodbyes, I figured there would be no quorum, therefore no meetings and no swearing-in. Toledo's Mayor Steve Dobosh and I served as Mayors together where he earned my trust and respect, so I asked him if he would be willing to swear me in. It was my way of offering up an olive branch to our sister city for the previous administration's failure to negotiate in good faith and the outright lies towards their police officer, which brought a Tort Claim and a lawsuit that the police officer won. We have to have a great working relationship with our surrounding communities and I feel this went a long way in repairing some of the damage previously done. I look forward to working with City Staff, the Mayor and the rest of the city council to serve the citizens and move Winlock forward."

Mayor Dobosh said, "It was truly an honor to swear in the Winlock City Council members. I was asked if I would assist the new council with their swearing-in and I felt it was a way for us to extend the olive branch back to Winlock. We have always had a great working relationship with the City of Winlock and I look forward to working with the new council."

Anne Randt, who also won her seat for election was sworn in, but it had special meaning for her. She stated, "As Toledo was my hometown where I was raised, I felt comfortable being sworn in by Mayor Dobosh after the request for a special meeting was denied on November 25th. I appreciate Mayor Dobosh and the City of Toledo for swearing-in Winlock City Council Members."

Brandon Svenson, newly elected council meeting was also sworn in on Monday evening, he stated, "I would like to express my deep gratitude to Mayor Steve Dobosh of Toledo. By swearing me into office he saw to it that the citizens of Winlock were not silenced and that government was ran as it should be. I am eager to get started and want to thank the citizens of Winlock for the opportunity to represent them."

Michelle Whitten, Clerk for the City of Toledo was then responsible to make sure all the documents were sent to the Lewis County Elections office and the City of Winlock along with supplying the new council members with their swearing-in certificates. Both Michelle Whitten and Chief John Brockmueller were at the swearing-in.

With the immediate swearing-in of the new majority, they could immediately get to work for the citizens of Winlock. Looking at the agenda for the Winlock City Council Meeting, it appears as though that is exactly what they are doing, working for the Citizens of Winlock. The agenda has a hiring freeze, discussion for city attorney contract, town hall meetings and Mayor pro tem, to name a few. The first meeting of this new council should be an interesting one.