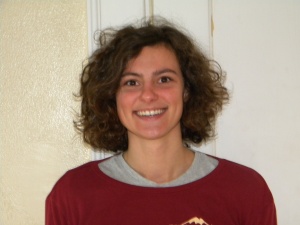 Ravenel Bisbee says the way she got started teaching Zumba Fitness was a “happy accident.”

In 2011, Ravenel was working at Randy’s Fitness Center in Raymond. Randy had come to her and asked her if she would be interested in leading people in a Zumba Class. Ravenel wasn’t sure exactly what Zumba Fitness was at that time, but she decided that she would give it a try. She had a DVD that she played for the class, but she wanted to learn more about Zumba Fitness, so she could actually be able to teach the class herself instead of just playing a DVD for her class.

She began to do some research on Zumba Fitness on the history of it and how exactly it came to be. Ravenel discovered that Zumba Fitness originated in Columbia, and it started when a dance instructor there had forgotten his dance music. He decided to just play an assortment of the mix tapes he had. Everybody loved the mixture of different music and dance styles he incorporated, so he named his new Program Zumba Fitness and it was a hit from the beginning. He eventually brought Zumba Fitness over to the United States and it has been very successful.

In October 2011, Ravenel took the certification course and became a Certified Zumba Dance instructor. She now teaches two different types of Zumba Dance classes. Basic Zumba is a face paced and higher intensity class, and Zumba Gold is less impact and has a slower tempo.

“If people are sweating and having fun, I am happy.” Ravenel said. “Plus, it also gives me a good excuse to stay in shape.

“Zumba has been a great opportunity for me,” she added. “I love to dance and I love working with people.”

Ravenel offers the first class of both her Basic Zumba and Zumba Gold classes free of charge so people can experience what Zumba is like. After that, classes cost $5 per session.

Ravenel’s dance classes are held on Tuesdays and Thursdays from 9:30 to 10:30 a.m. at Randy’s Fitness and at both 5:30 to 6:30 and 6:45 to 7:45 at the Department of Social and Health Service’s building in South Bend. Ravenel’s schedule will be changing on the Jan. 28, so she will be keeping her students posting on the upcoming changes. She also hopes to be expanding her classes to Mondays and Wednesdays in the future as well.