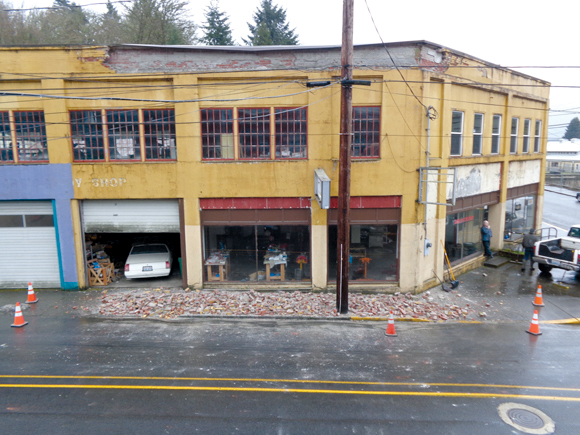 A large section of bricks from the second story of a Winlock building, originally built in 1920, fell onto the road and sidewalk at around 3:20 p.m. today.

At around 3:20 p.m. Feb. 11, a large section of brick molding atop the second story of a 94-year-old Winlock building collapsed onto Walnut St., sending debris onto the roadway and sidewalk.

No injuries were reported, though the westbound lane of Walnut St. was obstructed as the large, red bricks were cleared from the scene.

The building, located at 100 SE First St., houses Fat Boys Hot Rods, and owner Tony Sibbett said this sort of collapse has happened only once before when a far-smaller section on the corner of the building fell to the sidewalk last summer.

A small section of bricks had remained perilously attached to the building, and was later cleared away to minimize the risk posed to pedestrians below. Sibbett said it is now his intent to remove all the molding, as it shows signs of age and fatigue, and is intending to do so as soon as he can coordinate with Winlock’s planning department, currently contracted through Napavine.

Road crews and emergency services were on scene until around 6 p.m., directing traffic, carrying the bricks off bricks, and setting up fencing around the sidewalk, all while assisted by Sibbett and his employees.

Sibbett said he was very grateful for the assistance Winlock officials and employees provided, stating he appreciated their help. 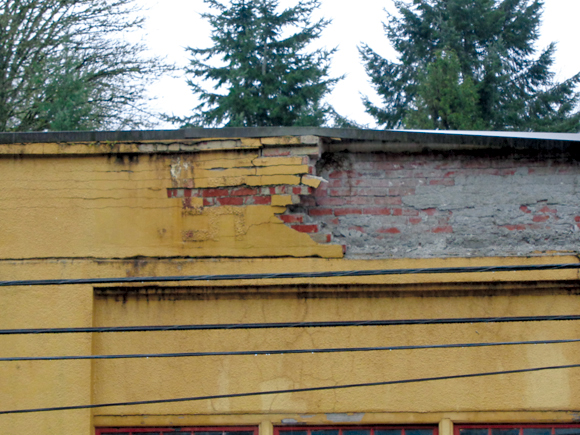 A small section of bricks remained perilously attached to the building, and was later cleared away to minimize the risk posed to pedestrians below. Building owner Tony Sibbett said it is his intent to soon remove the entire molding, given the clear safety hazard they pose. 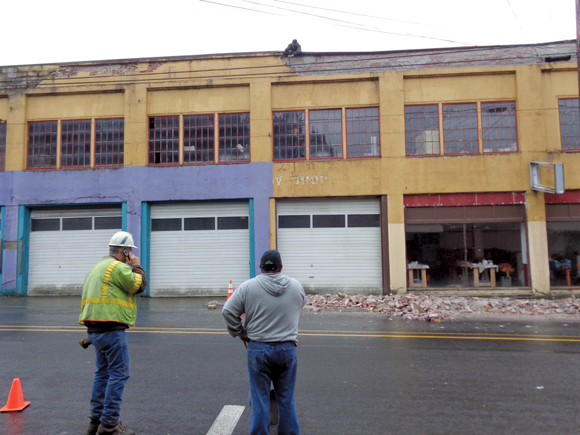 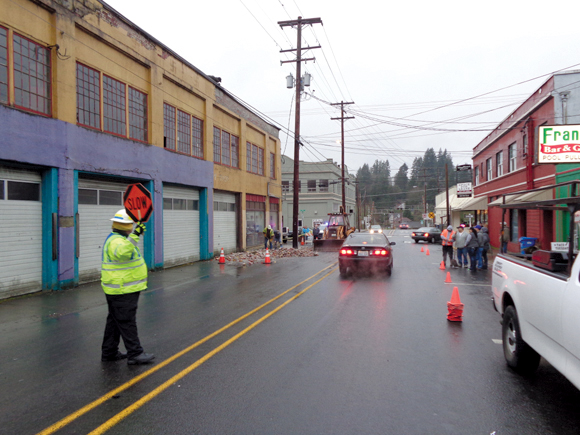 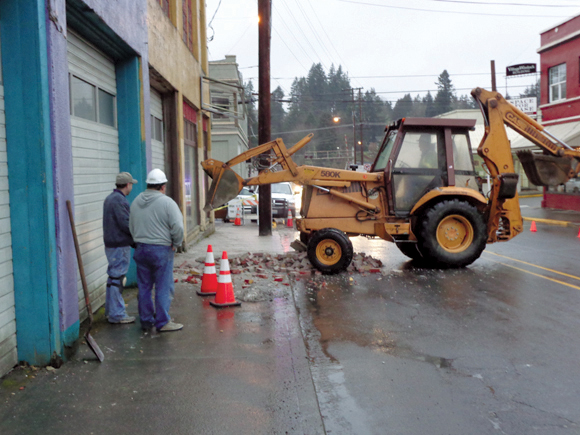 An excavator was used primarily to remove the fallen bricks, which were taken to a clear lot on the other side of the building. It was uncertain, according to Sibbett, if the antique masonry would be used again when the molding is eventually replaced.