Carol Hill, the public servant who cared for everyone 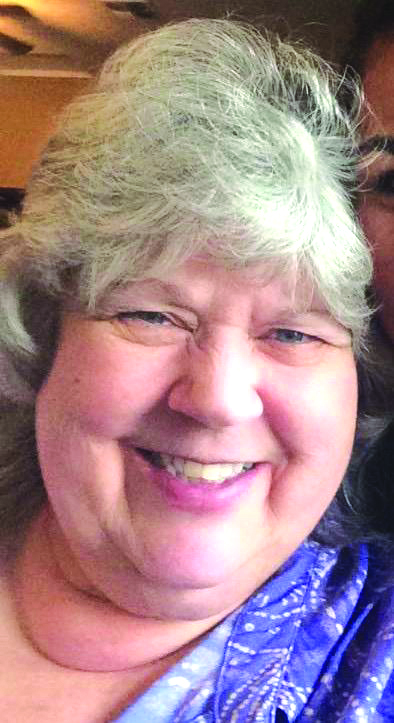 Carol Hill, the rock of Toledo and the mother to many passed away recently and left a huge hole in the community. Everyone you talk to about Carol will tell you she loved kids and she loved Toledo. There wasn't anything she wouldn't do for either, making her the longest-serving person with The City of Toledo.

Michelle Whitten provided the statement for Carol, it reads as follows:

Carol Hill had a long-running history in the Toledo area being born and raised here, parents and grandparents lived in and around Toledo.
Carol had a huge heart and always fought for everyone, especially the underdogs. She took in many kids throughout the years and cared for them as they were her own.

Carol started her civic responsibilities with the City of Toledo in February 1999 by joining the Toledo Planning Commission. She was responsible for the updates to the Toledo Comprehensive Plan which laid out how and where Toledo would be able to expand and grow. She was a very valuable Commissioner. When an opening on the Toledo City Council came available, she wanted to sign up and help Toledo even more. Carol won the election in November 2003 and she started on the Toledo City Council January 2004. Carol went on to win elections in 2007, 2011, 2015, and most recently in 2019. She remained in Council Position Number Three for over 17 years as the longest consecutive running councilperson.

Carol had a wealth of knowledge of previous happenings in the Toledo area and a commonsense approach to any issue that would arise. She would research topics and ask questions to come up with the most logical answer, following all the laws and regulations from the Federal, State and local government.

In the last few years Carol became housebound and the Council made a policy that a member could participate remotely if certain conditions were met. Who would have thought that COVID conditions would make this a normal way of life with remote meetings? Carol rarely missed a meeting and she was always well versed in her questions, deliberations, motions and comments.

In the early telephonic participation, there was a time when I started closing everything down, telling everyone to have a good evening and started to shut off the lights when I heard a little voice call out - Michelle, Michelle, Michelle. I had forgotten to hang up the phone and left her on the line. She was so sweet and did not want to interrupt all the goodbyes and waited. We all had a great laugh.

She will be missed by all and I will definitely miss the conversations I had with her and her rational thinking, her knowledge of Toledo as well as questions on payroll and Human Resources. She always wanted to make sure the City personnel were taken care of and fought for wages and benefits. I valued everything about Carol, but most of all her kindness.

When speaking with Mayor Steve Dobosh he will tell you she was an incredible person. Mayor Dobosh respected Carol for all she did for the community. The Toledo City Council and mayor Dobosh, respected her so much they passed a proclamation in her honor, it read as follows.

Proclamation on the death of city council member Carol Hill, deceased on March 24, 2021.

Whereas, we had in our midst a woman great of heart, and wide of vision and
Whereas, wise and willing leaders are necessary in every community; and
Whereas, political leaders should reflect the needs of their constituents; and
Whereas, Councilor Carol Hill demonstrated great characteristics in her life and her work; and
Now therefore, be it resolved that the Toledo City Council of Toledo, Washington express its deepest sympathy to her family; that this council expresses its loss of a valued colleague, and finally, this council reaffirms its commitment to strive for the needs of the constituents, an issue that Councilor Hill had great passion for.
Signed by Mayor Dobosh, Michelle Whitten, City Clerk and councilors, Emily Morgan, Ron Neumann, Glenda Forga and Gary Reboin.

Mayor Dobosh stated, "She was a great person, she was a rock, education wise she was there if I had any questions. She was one who shot from the hip, which is what I prefer. She served the community of Toledo for a period of 22 years, 17 on city council and 5 years on the Planning Commission. She tried to quit several times but she knew Toledo inside and out. I put my foot down and told her we needed her to stay. We needed her." When you speak with Mayor Dobosh, it is obvious he didn't just lose a city councilor he respected, he lost a friend.

Glenda Forga, stated this about her sister, "Serving beside my sister meant a lot to both of us. Carol was such a blessing to me, especially after taking office for the first time. I frequently consulted her for clarification and understanding or the history of issues decided on by the council prior to my election. Between Carol and Michelle Whitten, I had really knowledgeable individuals from which I could glean a wealth of information. Carol loved serving the community and she was always passionate about the issues that came before the council. I am honestly heartbroken over the sudden loss of another sibling. She will be missed by her family and friends and life will not be the same without her smiling face and kind heart."

Michelle Whitten, City clerk added, "Carol was a lifetimer in Toledo. She started on the Toledo Planning Commission in February 1999 and then transitioned onto City Council in January 2004. Carol was one of the longest-running council women on the Toledo Council at 17 years and 3 months. From what we can see there was one other person that sat on Council longer, but not consecutive. "

Service for Carol will be May 2d, 2021, at 1:00 p.m. at Kemp Olsen Park. Mayor Dobosh has also started a scholarship fund for the students. You can donate at Toledo High School or the City of Toledo. More information to follow on the time of the service.