Could You Have COPD? 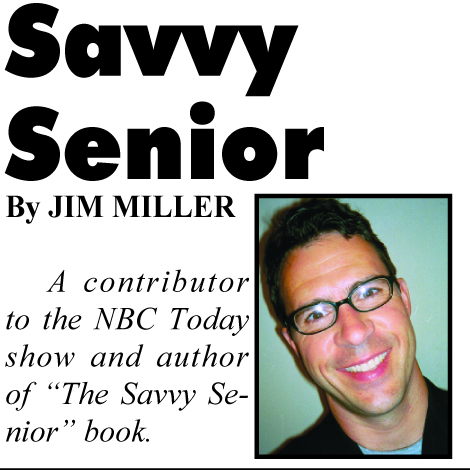 Dear Savvy Senior,
I have struggled with some shortness of breath for the past five years or so. I just thought I was getting older and out of shape, but a friend recently mentioned I may have COPD. What can you tell me about this?
Breathless Bob

COPD, or chronic obstructive pulmonary disease is a serious lung disease that, over time, makes it hard to breathe. What's more, an estimated 24 million people have COPD today, but about half of them don't know it.

Many people mistake shortness of breath as a normal part of aging, or a result of being out of shape, but that's not necessarily the case. COPD - a term used to describe a variety of lung diseases including emphysema and chronic bronchitis - develops slowly, so symptoms may not be obvious until damage has occurred.

Common symptoms include: an ongoing cough or a cough that produces a lot of mucus; shortness of breath, especially during physical activity; wheezing; and chest tightness.

Those most at risk are smokers or former smokers over age 40, and people who have had long-term exposure to other lung irritants like secondhand smoke, air pollution, chemical fumes and dust. There is also a rare genetic condition known as alpha-1-antitrypsin, or AAT deficiency that can increase the risks.

If you're experiencing any of the aforementioned symptoms, you need to get tested by your doctor. A simple breathing test called spirometry can tell if you have COPD, and if so, how severe it is. Early screening can also identify COPD before major loss of lung function occurs.

If you do indeed have COPD, you need to know that while there's no cure, there are things you can do to help manage symptoms and protect your lungs from further damage, including:

Quit smoking: If you smoke, the best thing you can do to prevent more damage to your lungs is to quit. To get help, the National Cancer Institute offers a number of smoking cessation resources at smokefree.gov or call 1-800-QUIT-NOW. Or ask your doctor about prescription antismoking drugs that can help reduce your nicotine craving.

Guard against flu: The flu can cause serious problems for people who have COPD, so get a flu shot every fall and wash and sanitize your hands frequently to avoid getting sick. Also ask your doctor about getting the pneumococcal immunizations for protection against pneumonia.

Take prescribed medications: Bronchodilators (taken with an inhaler) are commonly used for COPD. They help relax the airway muscles to make breathing easier. Depending on how severe your condition, you may need a short-acting version only for when symptoms occur, or a long-acting prescription for daily use.

For more information, visit the COPD Foundation at copdfoundation.org or call the COPD information line at 866-316-2673.

Send your senior questions to: Savvy Senior, P.O. Box 5443, Norman, OK 73070, or visit SavvySenior.org. Jim Miller is a contributor to the NBC Today show and author of "The Savvy Senior" book.