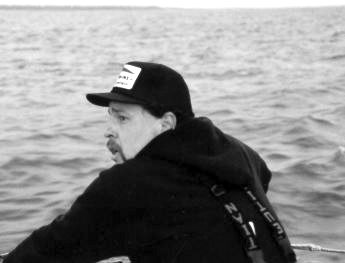 Phillip was brought into this world August 22, 1963 in South Bend, WA by Dr. Bussabarger. Phillip "Bear" L. Hawks passed away July 20, 2015 at his home in Bay Center, WA. He is survived by his parents Phillip A. and Clara E. Hawks, siblings Kathy and Kenny Rohr, Vicki and Glenn Killingbeck and Ray and Jerri Hawks; nephews Ryan Rohr, Eric Trent, Ethan Hawks, and Chase Huizenga, Brandon and Justin Killingbeck; nieces, Kelli and Leanne Rohr and great niece Leena. He also leaves behind a countless number of great friends and extended family and his special cat, Simone. He was member of the Chinook Tribe.

He was an avid Seahawks fan; he wore out his first Seahawk Jersey (#80 Steve Largent) at an early age. He graduated from South Bend High School in 1981. Phillip was an outstanding football player, earning the Defensive Player of the Year award. He made it to the State Wrestling Tournament at the University of Washington. In earlier years he played Little League, Farm Team and during High School for Bud's Termites. Phillip also enjoyed participating in South Bend High School Track.

He started working at the age of 8 years old mowing lawns; he worked at Harbor Bell, worked in logging (where he earned the name ("Filthy Phil") and in construction; commercial clam digging, and 16 years of crab fishing with his brother, Ray. Phillip enjoyed riding quads and motorcycles; most recently he enjoyed gardening. He loved taking care of people and could be counted on to help anyone who needed it. Bear had a wonderful sense of humor and he will be missed.

A Celebration of Life will be held at 1:00 p.m. Saturday, August 22nd, 2015 at the Bush Pioneer Park in Bay Center. Arrangements were in care of Stoller's Mortuary in Raymond. You may visit www.StollersMortuary.com to leave condolences for the family.