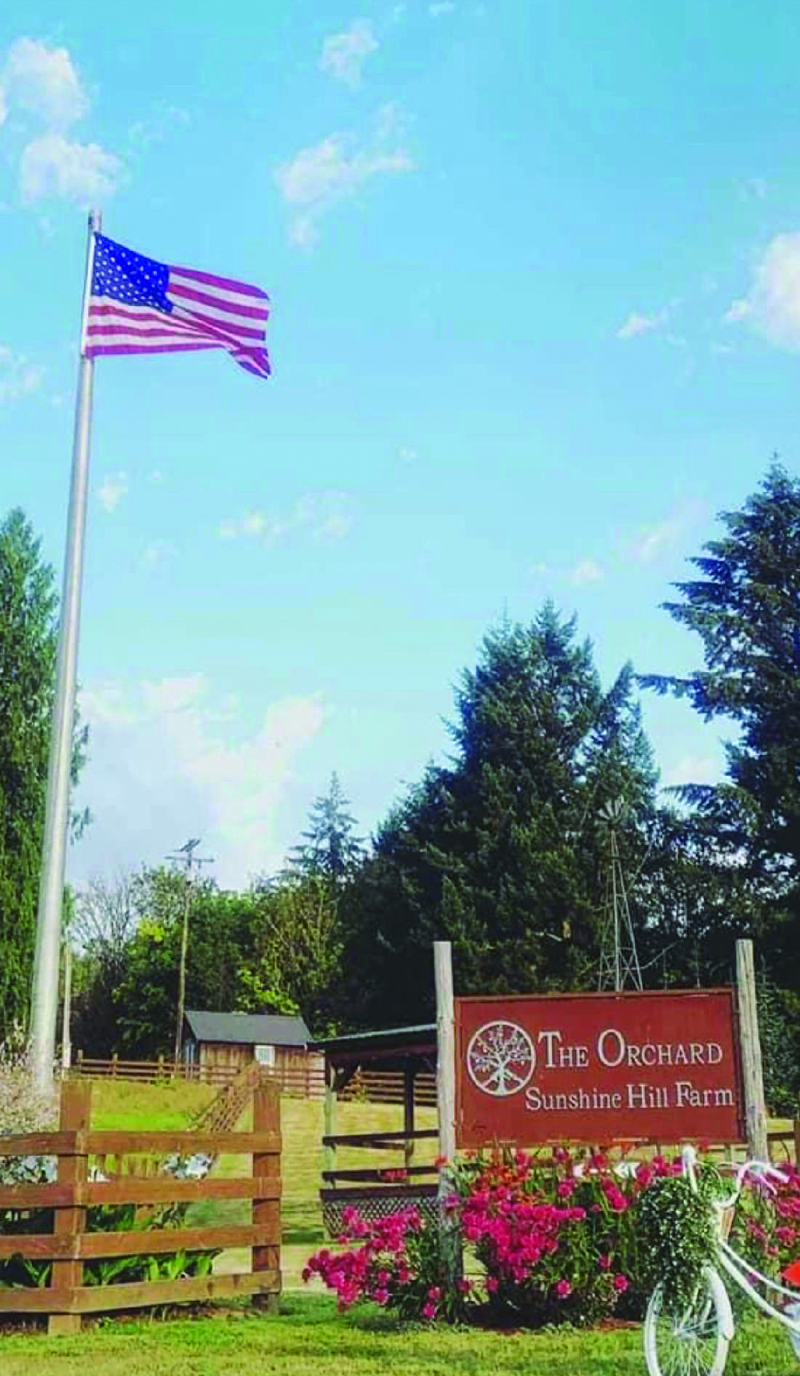 The LC Republican Party picnic is on Aug. 2, 6 pm, at The Orchard at Sunshine Hill.

The Lewis County Republican Party is having their summer Republican picnic. It will take place on August 2, 2021 at The Orchard at Sunshine Hill located at 2178 South Scheuber Rd, Chehalis at 6:00 p.m. The dinner has a small cover charge of $5 including dinner and entertainment by Chris Guenther. The picnic also includes special speaker Tiffany Smiley, who is running for Senate against Patty Murray. The Lewis County elected officials will speak briefly.

This is your opportunity to meet like minded people in a beautiful location surrounded by food, speakers and entertainment.

Elected official and attendee Sheriff Snaza stated, "I am very excited and proud to announce the upcoming Republican picnic on August 2. I'm looking forward to seeing our community come together to support our Republican leaders and future leaders as we move forward in the 2022 election season. In the 2022 election year, we as the people will be supporting conservative Republican values that represent the best interests of Lewis County."

Chairman Brandon Svenson spoke about the party and picnic, "The Lewis County Republican Party is alive, well and growing daily. We are committed to electing quality Republican candidates to ensure our county's conservative way of life for generations to come. If you are interested in getting more involved politically in our community, please join us."

Penny Mauel has spent countless hours organizing the Republican Picnic. She has made it possible for us to have dinner, speakers and entertainment for only $5.

She has tirelessly worked on the picnic for several years and it is always a sight to behold up on the hill. She spoke of the theme of the picnic, "This picnic is about party unity. Pulling together to make a difference....like minded individuals working for cohesive conservative ideals.... United we stand!"

Olga Miller, former Chair of the Lewis County Republican Party and member since the 1970s included, "Having been involved in the Lewis County Republican Party since the mid1970s, I have been a part of the successful campaigns that flipped, from Democratic control, the 3rd Congressional District, the 19th and 20th legislative districts and county courthouse to all all Republican held elected positions. The successes were the result of the conservative grassroots dedicating days and months of personal time and resources to the various campaigns."

Doug Peterson, Precinct Committee Officer from Boistfort stated, "Once a year we celebrate the fact that a group of similar thinking people in Lewis County can carry on the tradition the founders of our country set forth. These were some of the most liberal thinking people of their time, a group of people who knew they were capable of being self-governed by a representative form of government, not by individuals issuing mandates, or rules the rest had to follow. While the rule of kings, and other despots are the rule in mankind's history, we celebrate the thinking that we are all individuals capable of governing ourselves without fear. This picnic brings like-minded people together to rejoice in this fact."

The Republician Party meets the first Monday of every month in the Winlock Community Building. Buffet served at 5:30 p.m. and the meeting starts at 6:30 p.m.

The Lewis County Democrat Party meets the 4th Thursday of the Month, except for the months of August, November and December. Still meeting through Zoom, so contact them for the details. You can contact them at 360-978-5190 or via email at LewisCoDemocratsWa@gmail.com.